Osama Bin Laden went to Prince Turki in Saudi Arabia to request his militants fight back against Saddam Hussein’s invasion of Kuwait.

Prince Turki was taken aback by the naïve of Osama Bin Laden the young Afghan veteran. Iraq had about a million man army while Saudi Arabia’s army topped 58,000. Osama Bin Laden wanted to fight them with faith.

Instead of using Osama Bin Laden, Saudi Arabia turned to The United Sates for help. Within weeks of the invasion American Soldiers were coming to Saudi soil. This was very troublesome to Osama and extreme Muslims who believed turning to Christians and American Soldiers especially women soldiers was very hard to accept.

For the first time Prince Turki was alarmed by the radical changes he saw in Osama. Osama was a national hero helping rid Afghanistan of the Soviets. Now, Osama wanted to battle Iraq and get America out of Saudi.

The United States did come and did keep Iraq from invading Saudi and also drove them out of Kuwait. This was extremely insulting to Osama Bin Laden. 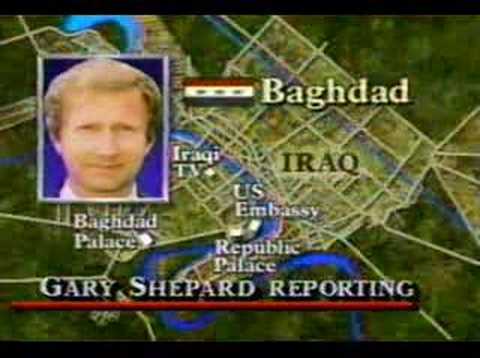 View other events that happened in September 1989