August 24, 1989, Thursday, 9 a.m. Giamatti, the commissioner of baseball, steps up to a microphone in New York City.

"One of the game's greatest players has engaged in a variety of acts which have stained the game, and he must now live with the consequences of those acts," he tells a packed room of reporters.

With that, Giamatti announces that Rose, baseball's all-time hits leader and one of history's greatest players, has been banned from baseball for life for gambling on baseball.

Amid reports that he had bet on baseball, Rose was questioned in February 1989 by outgoing commissioner Peter Ueberroth and his replacement, Bart Giamatti. Rose denied the allegations and Ueberroth dropped the investigation. However, three days after Giamatti became Commissioner, lawyer John M. Dowd was retained to investigate these charges against Rose. A Sports Illustrated cover story published on March 21, 1989 gave the public their first detailed report of the allegations that Rose had placed bets on baseball games.

Dowd interviewed many of Rose's associates, including alleged bookies and bet runners. He delivered a summary of his findings to the Commissioner in May. In it, Dowd documented Rose's alleged gambling activities in 1985 and 1986 and compiled a day-by-day account of Rose's alleged betting on baseball games in 1987. The Dowd Report documented his alleged bets on 52 Reds games in 1987, where Rose wagered a minimum of $10,000 a day. Others involved in the allegations claim that number was actually $2,000 a day.

According to the Dowd Report itself, "no evidence was discovered that Rose bet against the Reds." This is in contrast to the case of "Shoeless" Joe Jackson and his teammates in the Black Sox Scandal, who were accused of intentionally losing the 1919 World Series. Those critical of Rose's behavior, including Ohio's own Hall of Fame baseball reporter Hal McCoy, have observed that "the major problem with Rose betting on baseball, particularly the Reds, is that as manager he could control games, make decisions that could enhance his chances of winning his bets, thus jeopardizing the integrity of the game."

Rose continued to deny all of the accusations against him and refused to appear at a hearing with Giamatti on the matter. He filed a lawsuit alleging that the Commissioner had prejudged the case and could not provide a fair hearing. A Cincinnati judge issued a temporary restraining order to delay the hearing, but Giamatti fought to have the case moved to Federal Court. The Commissioner prevailed in that effort, after which he and Rose entered settlement negotiations.

On August 24, 1989, Rose voluntarily accepted a permanent place on baseball’s ineligible list. Rose accepted that there was a factual reason for the ban; in return, Major League Baseball agreed to make no formal finding with regard to the gambling allegations. According to baseball's rules, Rose could apply for reinstatement in one year. Rose, with a 412-373 record, was replaced as Reds manager by Tommy Helms. Rose began therapy with a psychiatrist for treatment of a gambling addiction.

Dowd says Rose should not be allowed back into baseball under any circumstances. "The issue is protecting the game, not protecting Mr. Rose and his reputation," Dowd says. "That's the judgment that's been made on anyone who's ever bet on the game and I think we ought to honor that.

"In my judgment, I don't think there are any circumstances that justify his return to the game... If you let Rose back in, then the message to anyone who gambles and gambles on the game is that if you throw enough of a public relations tantrum and admit that you did it, then you ought to be back in the game." 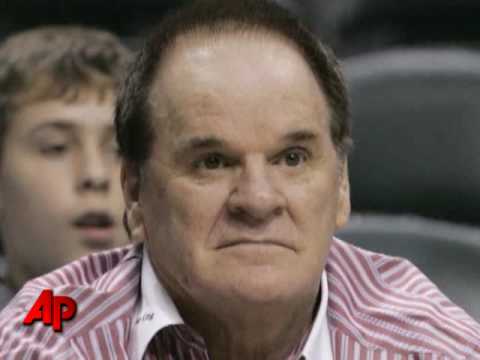