"Say Anything..." Is Released

Say Anything... is a 1989 romance film written and directed by Cameron Crowe and marked Crowe's directorial debut.

In 2002, Entertainment Weekly ranked Say Anything... as the greatest modern movie romance. This movie ranked number 11 on Entertainment Weekly's list of the fifty best high school movies. It is among the 50 best reviewed films of all time, according to Rotten Tomatoes.

Ione Skye plays Diane Court, high-school valedictorian on the verge of heading to England on a prestigious scholarship. This is especially thrilling to Diane's divorced father, James (John Mahoney), who has always shared a special relationship with the girl, less father/daughter than friend/friend. When Diane begins dating irresponsible army brat Lloyd Dobler (John Cusack), her father despairs at her choice of an "underachiever." Pressured by her dad to break off the relationship, Diane spends the rest of the summer being pursued by the lovestruck Lloyd, who does everything he can to win her back. Diane finally realizes there's more to life than perfection when her sainted father comes under the scrutiny of the IRS. ~ Hal Erickson, All Movie Guide 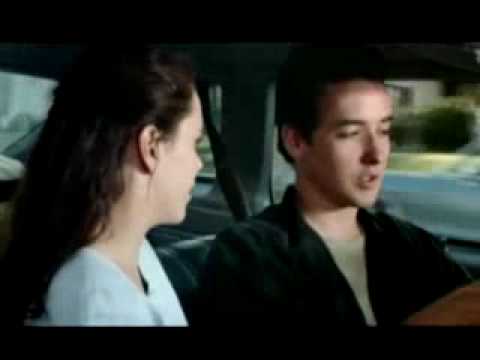