Sixty-two thousand baseball fans were preparing to watch the San Francisco Giants and Oakland A's in what was called the "Battle of the Bay", the World Series. Many others fans watched the game from their homes. Announcers started the pre-game show when the earth started to shake Candlestick Park, which rocked and rolled Candlestick in a way it have never done before. From Fresno to Eureka it was felt. Roads split, on the Bay Bridge top level section a pin (bolt) snapped, sending a 50 foot section of the top section down on the lower deck, the Embarcadero Freeway in San Francisco was heavily damaged. Both the Cypress and the Embarcadero Freeways both were built on fill, and in the Cypress’ case, on an ancient streambed and not into solid bedrock. And when the quake hit not only did the earth shake back and forth but up and down too. The Cypress began to collapse when the braces holding the upper-level to the lower-level broke in two and then spilt outward sending the upper-level down on top of the lower-level with a force of approximately 2 million tons crushing auto's, trucks and buses along with their occupants.

The number of dead is expected to rise significantly. The two-tier Bay Bridge and Nimitz freeway both partially collapsed and rescuers are waiting to recover bodies from cars crushed by the quake.

The epicentre of the quake, which measured 6.9 on the Richter scale, is thought to have been Loma Prieta, 10 miles north of Santa Cruz on the San Andreas fault.

A massive rescue effort is now underway in what experts believe is the second biggest earthquake ever to hit the United States.

A magnitude 7.1 earthquake struck the Bay Area just before the third game of the World Series at Candlestick Park; the worst earthquake since 1906. The tremor collapsed a section of the San Francisco-Oakland Bay Bridge. Six of the deaths occurred when the exterior of a brick building collapsed at 6th and Bluxome streets in the South of Market District. Damage was estimated at almost three billion dollars in San Francisco, which was approximately one-half of the total damage figure for the entire earthquake zone.

The earthquake knocked out power to San Francisco, and the city was dark for the first time since the 1906 Earthquake and Fire. Power was fully restored by October 20. Emergency telephone service became sporadic because a fire broke out in the 9-1-1 telephone equipment room, and citizens had to rely on fire alarm boxes for three days for emergency protection from fire. The quake killed 62 people throughout Central California, injured 3757 and left more than 12,000 homeless.

At least 27 fires broke out across the City, including a major blaze in the Marina District where apartment buildings sank into a lagoon filled with bay mud in preparation for the Panama-Pacific International Exposition of 1915. Dozens of people were rescued by firefighters from fallen buildings in the area that were imperiled by the flames. As they had done in 1906, citizens formed a bucket brigade to help firefighters who were without water because of broken mains. A magnitude 5.2 aftershock struck 37 minutes after the initial shock

Fifty-seven of the deaths were directly caused by the earthquake; six further fatalities were ruled to have been caused indirectly. In addition, there were 3,757 injuries as a result of the earthquake—400 severely hurt. The highest number of fatalities, 42, occurred in the City of Oakland because of the failure of the Cypress Street Viaduct on the Nimitz Freeway (Interstate 880), where a double-deck portion of the freeway collapsed, crushing the cars on the lower deck. One 50-foot (15 m) section of the San Francisco – Oakland Bay Bridge also collapsed, leading to the single fatality on the bridge.

When the earthquake hit, the third game of the 1989 World Series baseball championship was just starting. Because of the unusual circumstance that both of the World Series teams (the San Francisco Giants and Oakland Athletics) were based in the affected area, many people had left work early or were staying late to participate in after work group viewings and parties. As a consequence, the usually crowded freeways were experiencing exceptionally light traffic. If traffic had been normal for a Tuesday rush hour, injuries and deaths could have been higher. The initial media reports failed to take into account the game's effect on traffic and initially estimated the death toll at 300, a number that was corrected in the days after the earthquake.

The earthquake caused severe damage in some very specific locations in the San Francisco Bay Area, most notably on unstable soil in San Francisco and Oakland, but also in many other communities throughout the region located in Alameda, San Mateo, Santa Clara, San Benito, Santa Cruz, and Monterey counties. Major property damage in San Francisco's Marina District 60 mi (97 km) from the epicenter resulted from liquefaction of soil used to create waterfront land. Other effects included sand volcanoes, landslides, and ground ruptures. Some 12,000 homes and 2,600 businesses were damaged. In Santa Cruz, close to the epicenter, 40 buildings collapsed, killing six people.

The quake caused an estimated $6 billion ($11 billion in current value) in property damage, becoming one of the most expensive natural disasters in U.S. history at the time. It was the largest earthquake to occur on the San Andreas Fault since the great 1906 San Francisco earthquake. Private donations poured in to aid relief efforts and on October 26, President George H. W. Bush signed a $3.45 billion earthquake relief package for California. 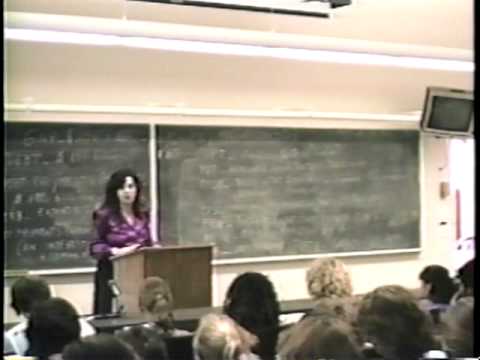 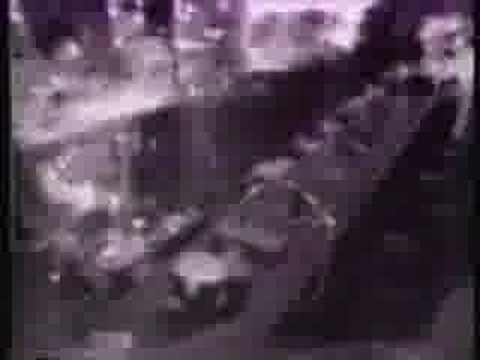 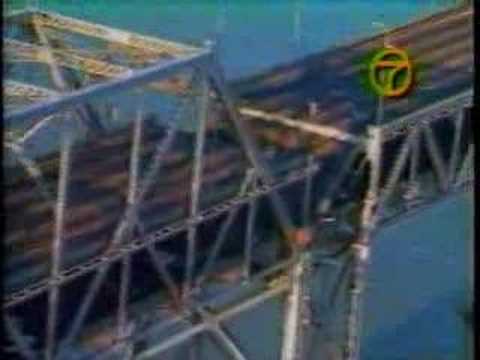