Director David Cronenberg co-wrote the screenplay with Norman Snider; their script was based on the novel Twins by Bari Wood and Jack Geasland. The film is very loosely based on the lives of Stewart and Cyril Marcus.

Two twin brothers, both renowned gynecologists, descend into madness after becoming romantically involved with the same woman in this disturbing, horrific drama. Jeremy Irons delivers a bravura performance as both Beverly and Elliot Mantle, Toronto-based surgeons who operate an exclusive gynecological clinic and share a reputation as brilliant innovators. They also share lovers, as the more aggressive, confident Elliott seduces women and later secretly allows the shier, more intellectual Beverly to reap the benefits. This arrangement is disturbed when Beverly falls in love with their newest conquest, Claire Niveau (Genevieve Bujold), a famous actress with an unusual gynecological deformity. Beverly's relationship with the hard-living Claire leads to him to turn away from Elliot and begin a dangerous involvement with drugs and alcohol. Elliot senses his brother's rapid decline into addiction and paranoia and attempts to save him, only to start falling victim to the same urges. Director David Cronenberg adapted the loosely fact-based tale to his own creepy purposes, tapping into primal fears regarding the uncanniness of twins and male sexual panic. His notorious gore was used sparingly here, however, with the film's most disturbing moments coming through suggestion, as in the display of a group of terrifying surgical instruments created by Beverly in his madness. Cronenberg's expertise with special effects proves crucial, however, as he and his regular cinematographer Peter Suschitzsky seamlessly combine Irons' two performances in a manner unrivalled by any previous depiction of twins. This visual achievement is more than matched by Irons, who delivers what may be his career performance, delineating the twins' differences and similarities and embodying their collapse in frighteningly believable fashion. The subject matter and chilly tone may be too intense for some viewers, but the brilliant central performance and intellectually provocative approach will prove thoroughly absorbing for others. ~ Judd Blaise, All Movie Guide 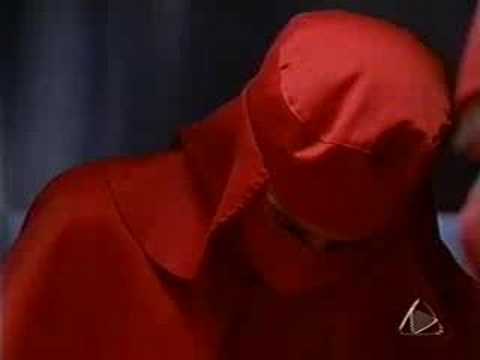