"Eight Men Out" Is Released

Eight Men Out is an American dramatic sports film, released in 1988, based on 8 Men Out, published in 1963, by Eliot Asinof.

It was written and directed by John Sayles.

It is a dramatization of Major League Baseball's 1919 Black Sox scandal, in which eight members of the Chicago White Sox conspired with gamblers to intentionally lose the World Series. Much of the movie was filmed at the old Bush Stadium in Indianapolis, Indiana.

Writer/director John Sayles' dramatization of the most infamous episode in professional sports -- the fix of the 1919 World Series -- is considered by many to be among his best films and arguably the best baseball movie ever made. This adaptation of Eliot Asinof's definitive study of the scandal shows how athletes of another era were a different breed from the well-paid stars of later years. The Chicago White Sox owner, Charlie Comiskey (Clifton James), is portrayed as a skinflint with little inclination to reward his team for their spectacular season. When a gambling syndicate led by Arnold Rothstein (Michael Lerner) gets wind of the players' discontent, it offers a select group of stars -- including pitcher Eddie Cicotte (Sayles regular David Strathairn), infielder Buck Weaver (John Cusack), and outfielder "Shoeless" Joe Jackson (D. B. Sweeney) -- more money to play badly than they would have earned to try to win the Series against the Cincinnati Reds. Sayles cast the story with actors who look and perform like real jocks, and added a colorful supporting cast that includes Studs Terkel as reporter Hugh Fullerton and Sayles himself as Ring Lardner. ~ Tom Wiener, All Movie Guide 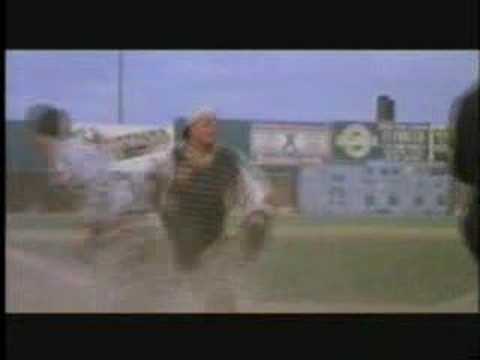