Thomas Leo Browning (born April 28, 1960 in Casper, Wyoming) was a Major League Baseball left-handed pitcher for the Cincinnati Reds (1984-1994) and the Kansas City Royals (1995). He is also co-author of Tom Browning's Tales from the Reds Dugout.

He is perhaps best known for pitching a perfect game on September 16, 1988 against the Los Angeles Dodgers.

Browning was superstitious and did not shave in between starts. As a result, he was often photographed with a four-day stubble. He also wore red underwear on the days he pitched.

Browning would go on to post double-digit win totals for seven straight seasons and consistently ranked among the league leaders in starts, innings pitched and shutouts. One of his best seasons came in 1988, when he went 18-5 with a 3.41 ERA and teamed with 23-game-winner Danny Jackson to form the best pitching tandem in baseball that season. 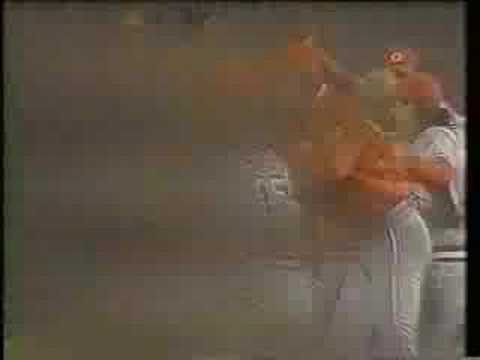