It took place in front of an audience of about 300,000 people on August 28, 1988, in Ramstein, state of Rheinland-Pfalz, West Germany, near the city of Kaiserslautern at the U.S. Ramstein Air Base airshow Flugtag '88. Sixty-seven spectators and three pilots died, and 346 spectators sustained serious injuries in the resulting explosion and fire.

The mid-air collision took place as the two heart-forming groups passed each other and the heart-piercing aircraft hit them. The piercing aircraft crashed onto the runway and the fuselage and resulting fireball of aviation fuel tumbled into the spectator area, hitting the crowd and coming to rest against a refrigerated trailer being used to dispense ice cream to the various vendor booths in the area. At the same time, one of the damaged aircraft from the heart-forming group crashed into the emergency medical evacuation UH-60 Black Hawk helicopter, injuring the pilot, Captain Kim Strader. Captain Strader died weeks later, on September 17, 1988 at Brooke Army Medical Center in San Antonio, Texas, from burns he suffered in the accident.

The pilot of the aircraft that hit the helicopter had ejected, but was killed as he hit the runway before his parachute opened. The third aircraft disintegrated in the collision and parts of it were spread along the runway.

Traveling at 350 m.p.h., three MB-339A jets of Italy's ten-member Frecce Tricolori (Tricolor Arrows) aerobatic team slammed together in a flash of smoke and fire 200 ft. above Ramstein's main runway. One brightly painted red- white-and-green aircraft plummeted to the tarmac, and another crashed in a nearby woods well away from the audience of some 300,000. The third burning jet cartwheeled straight into the middle of an area of concession stands and picnickers alongside the runway, spewing fire and airplane parts over tents, cars, barbecue grills -- and people. 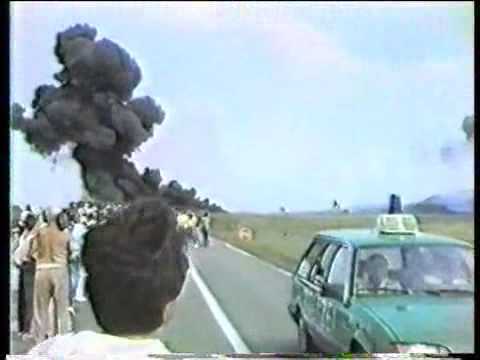 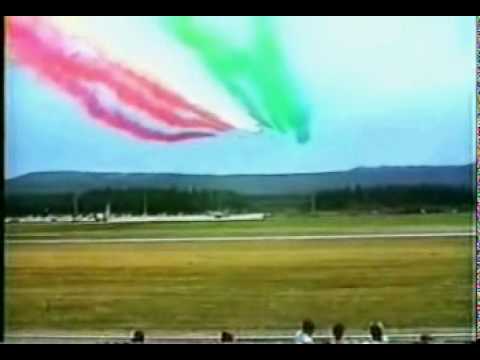 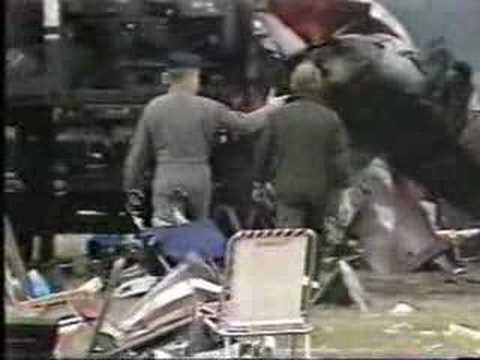