Metallica releases "...And Justice for All"

…And Justice for All is the fourth album by American heavy metal band Metallica.

Elektra Records released the album on August 25, 1988. This is the first Metallica studio album to feature bassist Jason Newsted, since the death of the group's former bassist Cliff Burton.

The album's dark subject material, featuring references to injustice in the legal system, limited freedom, war, insanity and hate, is accompanied by the most complex song structures in Metallica's discography. The album is also noted for its near-lack of audible bass guitar and dry, sterile production, and therefore has been called a "slightly flawed masterpiece and the pinnacle of Metallica's progressive years" by AllMusic.com.

The album has sold over 8 million copies in the US according to the RIAA and was the best selling Metallica record upon its release. Metallica released four singles, "Eye of the Beholder", "Harvester of Sorrow", "…And Justice for All" and "One".

...And Justice for All was Metallica's breakthrough album and reached #6 in the Billboard charts. Though it would soon be over-shadowed commercially by the band's following album (1991's Metallica), this album nevertheless confirmed Metallica's large-scale arena status.

The album was nominated for a Grammy Award for Best Hard Rock/Metal Performance in 1989, but with much controversy, it lost to Jethro Tull's Crest of a Knave. In 2007, the win was named one of the 10 biggest upsets in Grammy history by Entertainment Weekly. 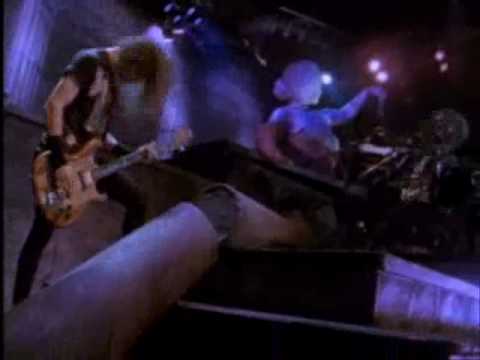