Jean-Michel Basquiat (December 22, 1960 – August 12, 1988) was an American artist and the first African-American painter to become an international art star.

He gained popularity first as a graffiti artist in New York City, and then as a successful 1980s-era Neo-expressionist artist. Basquiat's paintings continue to influence modern-day artists and sell for high prices.

Basquiat died accidentally of mixed-drug toxicity (he had been combining cocaine and heroin, often using cocaine to stay up all night painting and then using heroin in the morning to fall asleep) at his 57 Great Jones Street loft/studio in 1988, several days before what would have been Basquiat's second trip to the Côte d'Ivoire. He was just 27 years old. 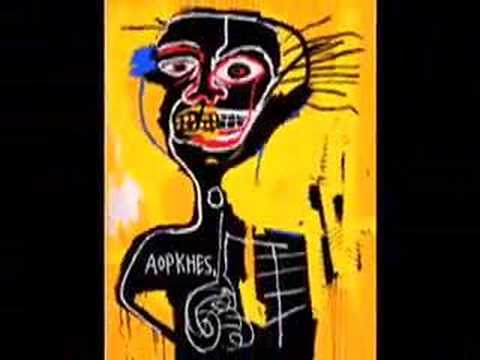