About 11:00 p.m. EDT on Saturday May 14, 1988, Larry Mahoney, a drunk driver in a pickup truck traveling in the wrong direction on an interstate highway in a rural, unincorporated area of Carroll County, Kentucky collided head-on with a gasoline-powered former school bus which was in use as a church bus. The initial crash was exacerbated when the gasoline from the ruptured fuel tank of the bus ignited immediately after impact, which also blocked the front loading door. Difficulties encountered by the victims attempting to evacuate the crowded bus quickly in the smoke and darkness through the only other designated exit, the rear emergency door, resulted in the death of 27 people and injured 34 of 67 passengers. Six passengers escaped without significant injury. Mahoney also sustained injuries.

In the aftermath of the disaster, several family members of victims became active leaders of Mothers Against Drunk Driving (MADD), and one became national president of the organization (Karolyn Nunnallee). The standards for both operation and equipment for school buses and similar buses were improved in Kentucky and many other states, notably increased emergency exits, better structural integrity, and less volatile fuel.

Other safety issues remain to be addressed. Flammability of materials used in bus seating must also be factored with cost, durability and performance of the foam in impact situations. Another unresolved issue is the lack of requirements for occupant restraints such as seat belts in larger capacity school buses.

On Interstate 71, the crash site is marked with a highway sign erected by the Kentucky Transportation Cabinet (KYTC).

About 10:55 p.m. eastern daylight time on May 14, 1988, a pickup truck traveling northbound in the southbound lanes of Interstate 71 struck head-on a church activity bus traveling southbound in the left lane of the highway near Carrollton, Kentucky. As the pickup truck rotated during impact, it struck a passenger car traveling southbound in the right lane near the church bus. The church bus fuel tank was punctured during the collision sequence, and a fire ensued, engulfing the entire bus. The busdriver and 26 bus passengers were fatally injured. Thirty-four bus passengers sustained minor to critical injuries, and six bus passengers were not injured. The pickup truck driver sustained serious injuries, but neither occupant of the passenger car was injured. 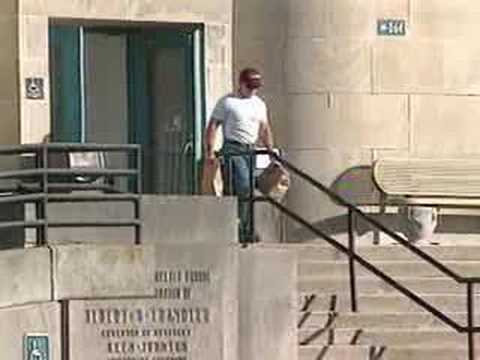 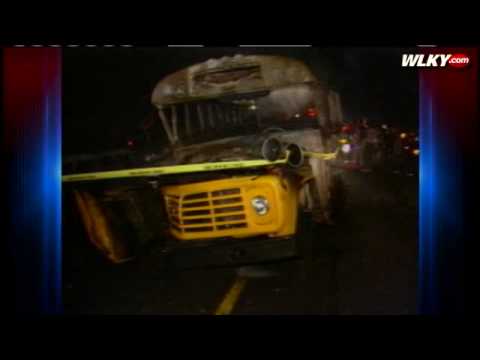