Biloxi Blues is a 1988 American comedy film directed by Mike Nichols. The screenplay by Neil Simon is based on his semi-autobiographical 1985 play of the same title.

Biloxi Blues was the second of playwright Neil Simon's semi-autobiographical trilogy (number one was Brighton Beach Memoirs; number three, Broadway Bound). Matthew Broderick stars as Simon's alter ego Eugene Morris Jerome, who is drafted and shipped off to boot camp in Biloxi, Mississippi in the waning days of World War II. Eugene is at the mercy of near-psychotic drill sergeant Toomey (Christopher Walken), who seems to have a personal vendetta against the poor schlemiel (Toomey also has all the film's best lines). While sweating out basic training, Eugene is indoctrinated into manhood by local prostitute Rowena (Park Overall). The film version of Biloxi Blues retains the wit and poignancy of the theatrical original--except towards the end, which pointlessly emphasizes a showdown between Eugene and Toomey. ~ Hal Erickson, All Movie Guide 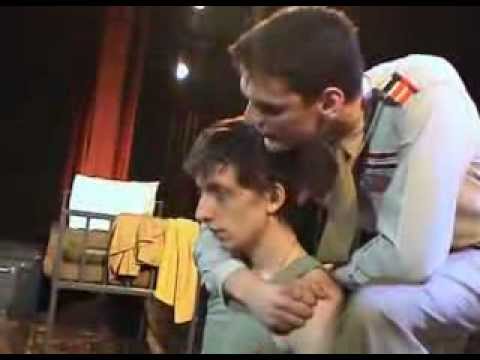