At least 25,000 people killed, 19,000 injured and 500,000 homeless in the Leninakan-Spitak-Kirovakan area of northern Armenia, USSR. More than 20 towns and 342 villages were affected and 58 of them were completely destroyed. Damage totaled 16.2 billion U.S. dollars. Damage (X) at Spitak and (IX) at Leninakan, Kirovakan and Stepanavan. Surface faulting 10 km in length and with a maximum throw of 1.5 m occurred. Power transmission lines were severely damaged and landslides buried railroad tracks in the epicentral area. Damage occurred in the Kelbadzhar area, Azerbaijan, USSR. Felt (VII) at Tabatskuri and Borzhomi; (VI) at Bogdanovka, Tbilisi and Yerevan; (V) at Goris; (IV) at Makhachkala and Groznyy; (III) at Sheki and Shemakha, USSR. Four people killed and damage in the Tuzluca-Kagizman-Kars area, Turkey. Felt in the Tabriz-Orumiyeh area, Iran.

Up to 45,000 people have died and a further 500,000 are homeless after the devastating earthquake which ripped through Armenia, official figures revealed today.

Rescue work is currently still concentrating on finding any survivors, but hope is waning in Armenia which borders Turkey and Azerbaijan.

The Soviet Union declared today a national day of mourning as the death toll rose and President Gorbachev toured the cities devastated by the earthquake.

Only days ago, few people had heard of the town of Spitak, high in the Caucasus Mountains of northwest Soviet Armenia. But by last week it had become an international symbol of death and utter destruction, a place where the stench of corpses mingled with fading, desperate hopes that a voice, a whimper or a sigh might be heard from deep beneath the rubble. "A vision of horror," gasped a stunned Dr. Patrick Aeberhard, president of the French humanitarian aid group Medecins du Monde. An estimated 70% of the town's 20,000 population lies entombed, victims of the devastating earthquake that hit two weeks ago. Throughout the region, at least 50,000 are dead, 130,000 injured, 500,000 homeless. 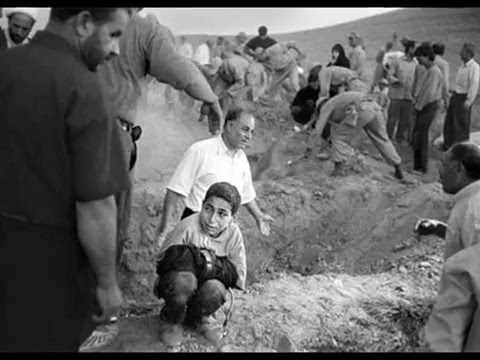