In the presence of members of Congress and the media, the Northrop B-2 "stealth" bomber is shown publicly for the first time at Air Force Plant 42 in Palmdale, California.

The aircraft, which was developed in great secrecy for nearly a decade, was designed with stealth characteristics that would allow it to penetrate an enemy's most sophisticated defenses unnoticed. At the time of its public unveiling, the B-2 had not even been flown on a test flight. It rapidly came under fire for its massive cost--more than $40 billion for development and a $1 billion price tag for each unit.

In 1989, the B-2 was successfully flown, performing favorably. Although the aircraft had a wingspan of nearly half a football field, its radar signal was as negligible as that of a bird. The B-2 also successfully evaded infrared, sound detectors, and the visible eye.

The Northrop design received the designation B-2 and the name "Spirit". The bomber's design was changed in the mid-1980s when the mission profile was changed from high-altitude to low-altitude, terrain-following. The redesign delayed the B-2's first flight by two years and added about US$1 billion to the program's cost. An estimated US$23 billion was secretly spent for research and development on the B-2 by 1989. At the program's peak, approximately 13,000 people were employed at a dedicated plant in Pico Rivera, California for the aircraft's engineering and portions of its manufacturing.

The B-2's first public flight in 1989
The B-2 was first publicly displayed on 22 November 1988, at Air Force Plant 42, Palmdale, California, where it was assembled. This initial viewing was heavily guarded and guests were not allowed to see the rear of the B-2. Its first public flight was on 17 July 1989 from Palmdale.

The first B2 bomber was first publicly displayed on November 22, 1988, when it was rolled out of its hangar at Air Force Plant 42, Palmdale, California. However, the B2 bomber's first flight was on July 17, 1989.

The B-2 Combined Test Force, Air Force Flight Test Center, Edwards Air Force Base, California, are responsible for flight testing the engineering, manufacturing and development of aircraft as they are produced. 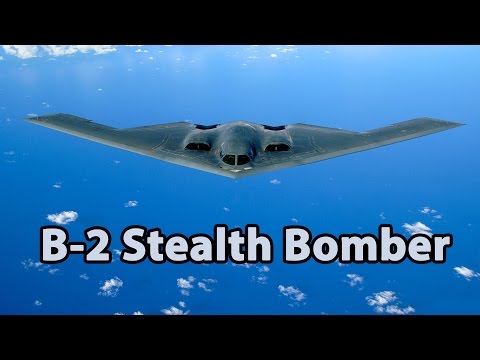 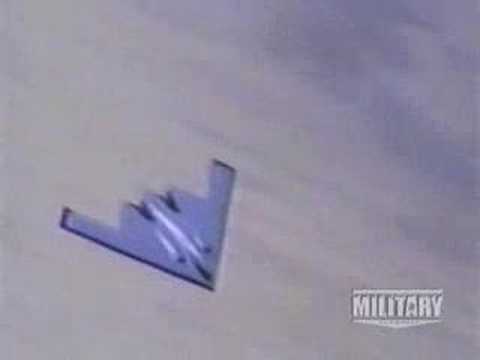