In the 1987–1988 Tri-Fed/Texas ("Tri-Fed" was the former name of USA Triathlon), Armstrong was the number one ranked triathlete in the 19-and-under group; second place was Chann McRae, who became a US Postal Service cycling teammate and the 2002 USPRO national champion. Armstrong's points total for 1987 as an amateur was better than the five professionals ranked that year. At 16, Armstrong became a professional triathlete and became national sprint-course triathlon champion in 1989 and 1990 at 18 and 19, respectively.

Lance was highly athletic from a very early age, as he began seriously running and swimming at age ten. By thirteen, he had begun competing in adult amateur triathlons. He became a professional thriathlete at sixteen, winning the national sprint-course triathlon championship the next year, and becoming the number one ranked triathlete in the nineteen and under age group.

Linda bought Armstrong his first bike, a Schwinn Mag Scrambler, when he was seven years old. He immediately began to ride it every day and soon proved that he was a natural athlete. In addition to biking, Armstrong took up running. When he was in the fifth grade he began running six miles a day after school, and soon was entering long-distance competitions on weekends. Armstrong also tried team sports like football, baseball, and basketball, but found that he was better at activities, like swimming, that required endurance. When he joined the local swim club, Armstrong would ride his bike ten miles to early morning practices, then pedal to school. After school he would jump back on his bike and ride ten miles back to the club to swim more laps.

Barely in his teens, Armstrong was already competing in amateur cycling races. He also began to enter triathlons, contests that combine swimming, biking, and running—all of his favorite activities. At age thirteen, the skilled Armstrong took home the

"If you worried about falling off the bike, you'd never get on."

top prize at the IronKids Triathlon, which includes swimming 200 meters, cycling 6.2 miles, and running 1.2 miles. In 1987, when he was sixteen, Armstrong turned professional in the triathlon. Because of his amazing success, that same year he was invited to be tested by the Cooper Institute for Aerobic Research in Houston, Texas. Researchers measured the amount of oxygen his lungs consumed during exercise and discovered that he truly was a phenomenon: Armstrong's oxygen levels were the highest the clinic ever recorded, which meant that his lung capacity, so critical for endurance, made him a natural athlete.

Although he was taking home top prizes as a triathlete, and raking in almost $20,000 per year by age seventeen, Armstrong's real love was biking. He began training with more-experienced riders and quickly rose in the amateur ranks of cycling. Armstrong drew so much attention that when he was a senior at Plano East High School he was approached by the U.S. Olympic development team and invited to train in Colorado Springs, Colorado. Going to Colorado for six weeks would mean that he might risk not graduating, but the opportunity was too tempting. After taking private make-up classes, Armstrong did graduate from high school on time in 1989. 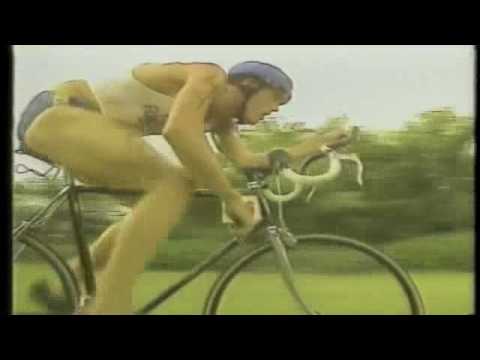