Surfing with the Alien is the second album by instrumental rock solo artist Joe Satriani, released in 1987.

Surfing with the Alien contributed greatly to establishing Satriani's reputation as a respected rock guitarist.

The album contains fast and complex songs such as "Surfing with the Alien" and "Satch Boogie" in addition to the stranger-sounding "Crushing Day" and "Lords of Karma", in contrast to slower, melodic songs like "Always with Me, Always with You" and "Echo" which provide a change of pace. Also notable is "Midnight", which utilizes the technique of two-hand tapping at great speed, resulting in a Latin-American effect. There are also Nashville tuned guitars (on "Echo") and key changes (on "Always with Me, Always with You" and "Echo") to vary the album.

The album cover depicts the Marvel Comics character the Silver Surfer on the front and the hand of Galactus on the back. The image is from Silver Surfer #1 (1982). The artist, John Byrne, has noted that the image was used without Marvel's permission and that he has never received payment for its use. The art is lifted from panel 1 of page 6 of SILVER SURFER #1 published in 1982. The track "Ice 9" references the fictional apocalyptic substance from Kurt Vonnegut's novel Cat's Cradle.

As with Satriani's other releases up to his 1995 self-titled album, Surfing with the Alien was re-issued in 1997 on Epic Records and again in 2007 for a legacy edition celebrating the 20th anniversary of its release. The Relativity Records version is now out of print. 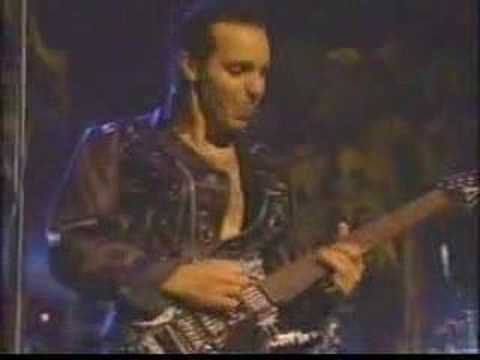