Star Trek: The Next Generation

Star Trek: The Next Generation (sometimes abbreviated to TNG) is a science fiction television series created by Gene Roddenberry as part of the Star Trek franchise.

Set in the 24th century, about 70 years after the original Star Trek, the program features a new crew and a new starship Enterprise. It premiered the week of September 28, 1987 to 27 million viewers[1] with the two-hour pilot "Encounter at Farpoint". With 178 episodes spread over seven seasons, it ran longer than any other Star Trek series, ending with the finale "All Good Things..." the week of May 23, 1994.

The series was broadcast in first-run syndication, with dates and times varying among individual television stations. The show gained a considerable following during its run and, like its predecessor, remains popular in syndicated reruns. It was the first of several series (the others being Star Trek: Deep Space Nine, Star Trek: Voyager, and Star Trek: Enterprise) that kept new Star Trek episodes airing until 2005. Star Trek: The Next Generation won 18 Emmy Awards and, in its seventh season, became the first syndicated television show to be nominated for the Emmy for Best Dramatic Series. It was nominated for three Hugo Awards and won two. The first-season episode "The Big Goodbye" also won the Peabody Award for excellence in television programming. The series formed the basis of the seventh through to the tenth Star Trek films.

Space: the final frontier. These are the voyages of the starship Enterprise. Its continuing mission: to explore strange new worlds, to seek out new life and new civilizations; to boldly go where no one has gone before.” 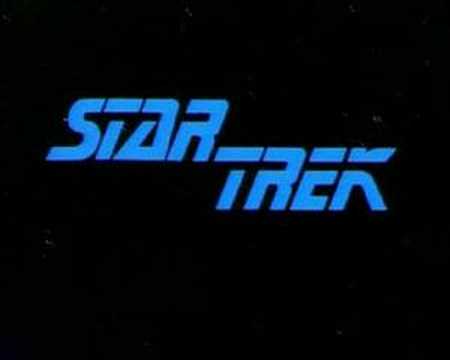