Reagan were taken to the Reichstag, where they viewed the wall from a balcony. Reagan then made his speech at the Brandenburg Gate at 2:00 p.m., in front of two panes of bulletproof glass protecting him from potential snipers in East Berlin. About 45,000 people were in attendance; among the spectators were West German president Richard von Weizsäcker, Chancellor Helmut Kohl, and West Berlin mayor Eberhard Diepgen.

Another highlight of the speech was Reagan's call to end the arms race with his reference to the Soviets' SS-20 nuclear weapons, and the possibility "not merely of limiting the growth of arms, but of eliminating, for the first time, an entire class of nuclear weapons from the face of the Earth."

A seminal moment in the years preceding the fall of the wall was Ronald Reagan's speech at the Brandenburg Gate on June 12, 1987. While commemorating the 750th anniversary of the founding of the city of Berlin, Reagan challenged Soviet Premier Mikhail Gorbachev to liberate the Soviet bloc nations, saying:

We welcome change and openness; for we believe that freedom and security go together, that the advance of human liberty can only strengthen the cause of world peace. There is one sign the Soviets can make that would be unmistakable, that would advance dramatically the cause of freedom and peace. General Secretary Gorbachev, if you seek peace, if you seek prosperity for the Soviet Union and eastern Europe, if you seek liberalization, come here to this gate. Mr. Gorbachev, open this gate. Mr. Gorbachev, tear down this wall! 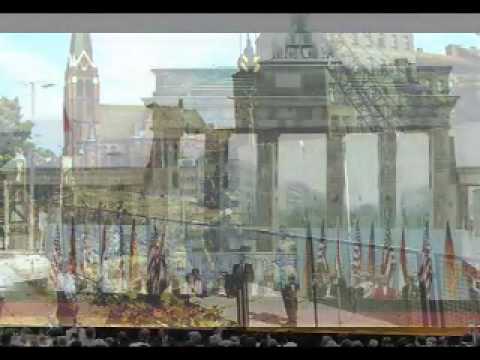 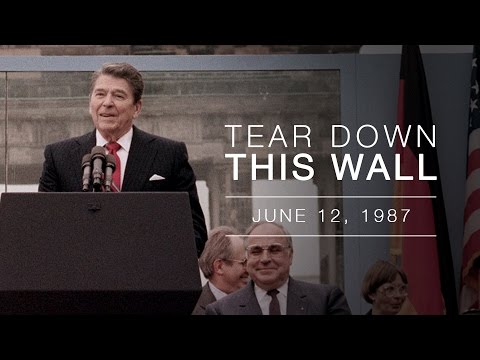