Never Let Me Down is an album by David Bowie, released April 1987.

It drew some of the harshest criticism of Bowie's career, condemned by critics as a faceless piece of product and ignored by the public — Bowie himself said that the album featured good songwriting that was ruined by overly commercial and dull production. However, it featured more of Bowie's own compositions than its' predecessor, Tonight.

[The great public esteem at that time] meant absolutely nothing to me. It didn't make me feel good. I felt dissatisfied with everything I was doing, and eventually it started showing in my work. Let's Dance was an excellent album in a certain genre, but the next two albums after that [Tonight and Never Let Me Down] showed that my lack of interest in my own work was really becoming transparent. My nadir was Never Let Me Down. It was such an awful album. I've gotten to a place now where I'm not very judgmental about myself. I put out what I do, whether it's in visual arts or in music, because I know that everything I do is really heartfelt. Even if it's a failure artistically, it doesn't bother me in the same way that Never Let Me Down bothers me. I really shouldn't have even bothered going into the studio to record it. [laughs] In fact, when I play it, I wonder if I did sometimes.” 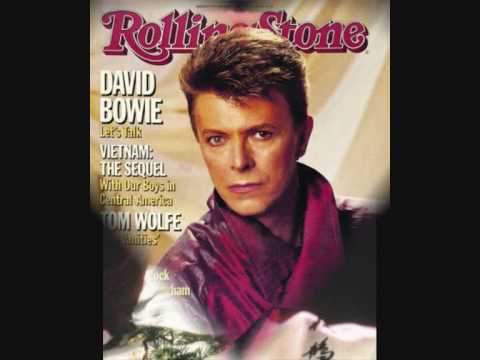