This also happened in 1991 and 2001. The World Series victory by the Twins was the first for the franchise since 1924, when the team was located in Washington, D.C. and known as the Washington Senators.

The 1987 Series was remarkable in several regards: It featured the first World Series games played in an indoor stadium (the Hubert H. Humphrey Metrodome)[1] and the final Series game to start earlier than prime time in the eastern United States (Game 6, with a 4 p.m. ET start), and was the first World Series in which all games were won by the home team. (Four previous series had the home team winning the first six games, but in all four cases, the visiting team won Game 7). The 1987 Twins[2] set the record for the worst regular season win-loss record of any World Series championship team (85–77, .525). This record stood until broken in 2006 by the Cardinals themselves, who won the World Series after going 83–78 (.516).

Besides setting a record for the worst ever regular season winning percentage for a World Series winner (at the time) and hosting the first ever World Series game indoors, the 1987 Twins were the first team to ever enter the World Series having been outscored in the regular season. The 1987 Twins, as a team, were pretty much outnumbered in virtually every major statistical category.[citation needed] As ABC play-by-play man Al Michaels put it in the pre-game show for Game 1 "They were out everything!"

For this World Series, the powerhouse Cardinals, making their third World Series appearance in a six season span, were expected to make quick work of the supposedly-hapless Twins.[citation needed] However, the Twins team, the Metrodome and the fans combined to make victory in Minnesota impossible for the St. Louis team, and three of the four Dome games were well out of the Cards' reach by the Seventh-inning stretch.

The '87 St. Louis Cardinals had once again risen to the top of the National League with an impressive 95-67 record that granted them a first-class ticket to Minnesota and the 84th Fall Classic. Their opponents, the American League's Twins were making their first Series debut (in their own house) and posted the best home-field record in the Major Leagues (56-25). Game 1 looked to be in the American League's favor as the Twins had a definite advantage over visiting teams who were not used to playing in the purist's nightmare known as the Hubert Humphrey Metrodome. The trendy indoor stadium with its Teflon roof, artificial turf and trash-can lining walls had been heralded as a major achievement when it opened, but the futuristic ballpark soon became unpopular with the players as the controlled air facility couldn't hold long fly balls or distribute the crowd noise. Despite their unconventional surroundings, Minnesota had assembled a strong line-up and were more than ready to show the Redbirds how to play inside.

As the first Classic ever to be held indoors opened, the home team's Frank Viola schooled the visiting line-up with five hit ball over eight innings. In the fourth, Dan Gladden continued the math lesson with a textbook grand slam and Steve Lombardozzi added a two run homer for the 10-1 victory. School was back in session the following day as Randy Bush belted a two run double and Tim Laudner contributed a two run single off starter Danny Cox in the fourth. Curveball professor Bert Blyleven taught seven innings and was an 8-4 winner for Minnesota, who had graduated from freshman to seniors with the 2-0 advantage.

The Cardinals were grateful to return to the traditional outdoor settings of their own ballpark with its green grasses and wide open spaces for Games 3-5. Les Straker kept the Twins on track after six innings of shutout pitching, but was replaced by Juan Berenguer after showing signs of fatigue. The substitution proved costly as the home team hammered the reliever for three runs and four hits in 1/3 of an inning. Left-hander John Tudor fared much better and showed the visitors who owned the hill at Busch Memorial Stadium. Proving there's no place like home; the Cards emerged as 3-1 winners and were back in the race.

Game 4 was another close one and remained a 4-4 tie in the fourth when Tom Lawless (who had twp hits all season and one homer in two-hundred fifteen games) shocked both benches with a three run blast off of Viola that pushed the Cardinals to a 7-2 victory. Once again, Cox and Blyleven matched up for Game 5 and were locked in a scoreless stalemate going into the sixth inning. Curt Ford snapped the tie with a two run single in the sixth and Greg Gagne's critical error on the next at-bat netted a third run for the 4-2 victors. After starting 0-2, the Cardinals had comeback for the advantage and were now standing one win away from another title. It wasn't over yet though as both teams headed indoors back in Twins territory.

Learning from their mistakes in Games 1 and 2, the Cardinals managed to work through the deafening crowd noise that had played as a major advantage for the home team. Focusing on the task at hand, St. Louis maintained their momentum with a first inning homer courtesy of Tommy Herr. After 4½ innings, the visitors had built a 5-2 lead and Tudor was brought in to close it out. Minnesota had other plans though as Kirby Puckett started the Twins' fifth with a single, Gary Gaetti doubled him home and Don Baylor followed with a home run for the 5-5 tie. Lombardozzi completed the rally with the go-ahead run off reliever Rick Horton, but the Twins were far from finished. After the Cardinals shuffled their rotation several times in the sixth (including swapping the right-handed Forsch for left-handed Ken Dayley) Kent Hrbek nailed a two out, grand slam that capped a Minnesota 11-5 triumph, putting the Twins within one win of their first World Series trophy.

Game 7 was a much tighter affair than the previous game’s romping as Frank Viola took the mound against St. Louis ace Joe Magrane. Both pitchers had entered the Major Leagues at the "tender" of twenty-two (Viola in ’82, and Magrane in ’87), but proven themselves to be mature beyond their years. Surprisingly, the more experienced Viola blinked first as the Redbirds took an early 2-0 lead in the second, but he was able to regain his composure while allowing just two more hits through the following eight innings. His teammates also contributed at the plate by scoring runs in the second, fifth, sixth and eighth frames. Jeff Reardon came out of the Minnesota bullpen in the ninth and followed his starter's lead while securing Twins fans their first championship title. Overall, Viola’s clutch performance remained as the series standout and he was awarded with both versions of the Fall Classic’s Most Valuable Player Award; the original title, which was voted on during the final game of the World Series by a committee of reporters and officials in attendance, and the Babe Ruth MVP Award, which had been developed by the New York chapter of the Baseball Writers' Association of America and first awarded one year after the Bambino's death.

While Cardinals fans and baseball purists still scoffed at the winners gaudy facilities, the Twins looked at it differently. Their field may have been unsightly, but at least their '87 American League West, American League and World Series champion banners would always be dry. 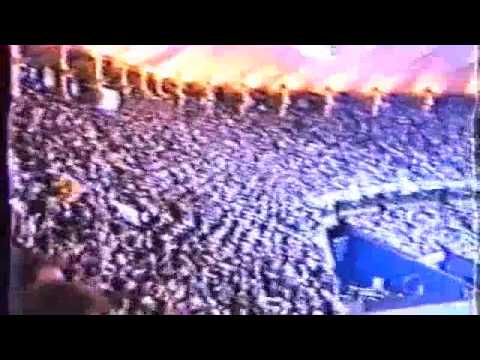