Peace Sells...But Who's Buying Is Released

Frustrated by the small independent label's financial insufficiencies, Megadeth signed to major label Capitol Records, who also bought the rights to the new album. Capitol hired producer Paul Lani to remix the recordings, and in November 1986, more than a year after recording began, Capitol released Peace Sells... but Who's Buying?. The album marked Megadeth's commercial and critical breakthrough, eventually selling more than a million copies in the US alone.

Considered to be a landmark thrash metal album, Allmusic cited Peace Sells... but Who's Buying? as "One of the most influential metal albums of its decade, and certainly one of the few truly definitive thrash albums". The album's title track "Peace Sells" was chosen to be the band's first music video, receiving regular airplay on MTV's Headbangers Ball. "Peace Sells" ranked #11 on VH1's 40 Greatest Metal Songs and the opening bass line was used for years as the theme for MTV News. Peace Sells... but Who's Buying? was the first Megadeth album to feature art by Ed Repka, who redesigned the band's mascot Vic Rattlehead to the current standard, and designed much of the band's artwork in later years.

In February 1987 Megadeth was added as the opening band on Alice Cooper's Constrictor tour, followed by a brief tour supporting Mercyful Fate in the US. Cooper, alarmed by the band's drug habits, summoned them to his bus one night to warn against constant excessive drug use.In March of that year, Megadeth began their first world tour as a headlining act in the United Kingdom, which featured support bands Overkill and Necros.

After years of problems stemming from substance abuse, both Gar Samuelson and Chris Poland were fired from Megadeth in July 1987, following the final show of the tour in Hawaii. Mustaine claimed that Samuelson had become too much to handle when intoxicated, and even had replacement drummer Chuck Behler flown out for the last few dates of the tour, fearing that Samuelson would not be able to finish with the band's commitments. Mustaine claimed that Poland had sold band equipment to fund his increasing drug habit, detailed in the song "Liar", which is also dedicated to Poland. He was initially replaced by Jay Reynolds of Malice, but as the band began work on their next album, Reynolds was replaced by his own guitar teacher Jeff Young, who joined Megadeth six weeks into the recording of their third album. 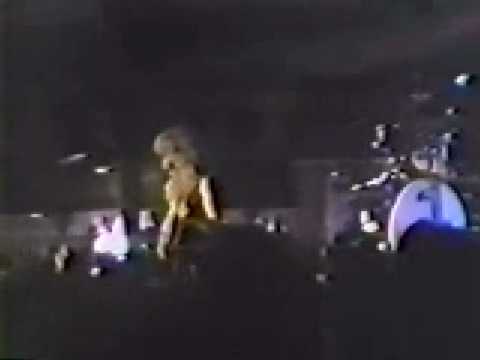 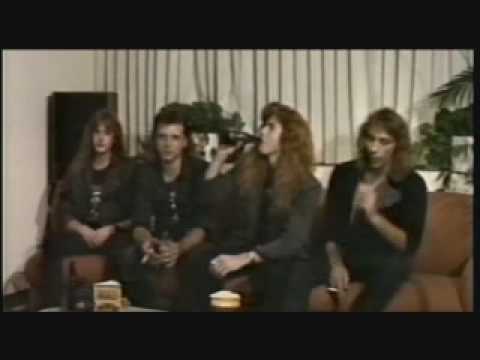 View other events that happened in 1986