Reign in Blood is the third studio album and major label debut by the American thrash metal band Slayer.

Released on October 7, 1986, the album was the band's first collaboration with record producer Rick Rubin, whose input helped the band's sound evolve. Reign in Blood was very well received by both critics and fans, and was responsible for bringing Slayer to the attention of a mainstream metal audience. Kerrang! magazine described the record as "the heaviest album of all time," and a breakthrough in thrash metal and speed metal.

Reign in Blood's release was delayed because of concerns regarding its graphic artwork and lyrical subject matter. The opening track, "Angel of Death", which refers to Josef Mengele and describes acts allegedly committed at the Auschwitz concentration camp, provoked allegations of Nazism. However, the band stated numerous times they do not condone Nazism, and are merely interested in the subject. The album was Slayer's first to enter the Billboard 200; the release peaked at number 94, and was awarded gold certification on November 20, 1992.

If you released Reign in Blood today, no one would give a shit. It was timing; it was a change in sound. In thrash metal at that time, no one had ever heard good production on a record like that. It was just a bunch of things that came together at once.” 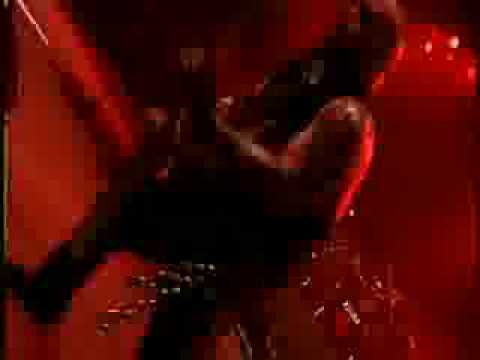