Dream Theater was formed in September 1985 when guitarist John Petrucci and bassist John Myung decided to form a band in their spare time while studying at the Berklee College of Music.

The pair came across drummer Mike Portnoy in one of Berklee's rehearsal rooms, where he was asked to join the band. The trio started off by covering Rush and Iron Maiden songs in the rehearsal rooms at Berklee.

Myung, Petrucci, and Portnoy settled on the name Majesty for their newly formed group. According to the "The Score So Far…" documentary, they were waiting in line for tickets to a Rush concert at the Berklee Performance Center while listening to the band on a boom box. Portnoy commented that the ending of the song "Bastille Day" (from the album Caress of Steel) sounded "majestic." It was then decided that Majesty would be the band's name.

The trio then set out to fill the remaining positions in the group. Petrucci asked his high school band-mate Kevin Moore to play keyboards. After accepting the position, another friend from home, Chris Collins, was recruited as lead vocalist after band members heard him sing a cover of "Queen of the Reich" by Queensrÿche During this time, Portnoy, Petrucci and Myung's hectic schedules forced them to abandon their studies to concentrate on their music, as they did not feel they could learn more in college. Moore also left his college, SUNY Fredonia, to concentrate on the band.

Dream Theater formed in September of 1985, when Berklee School of Music students Portnoy, John Myung and John Petrucci decided to start a band together. Originally known as Majesty, the fledgling act recruited keyboardist Kevin Moore and singer Chris Collins into the fold. Collins eventually left, replaced by Charlie Dominici, while another band forced them to drop the Majesty moniker in favor of Dream Theater, named after a demolished California cinema.

Eat my ass and balls.” 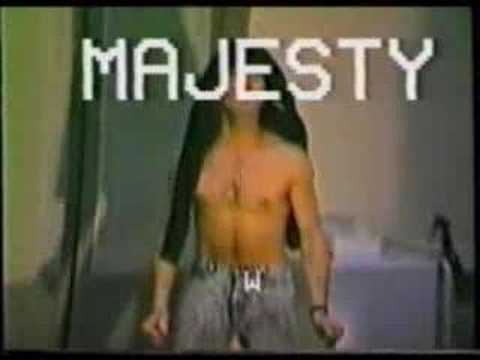 View other events that happened in September 1985