It started with an offhand remark made by Bob Dylan during his performance at Live Aid, the massive fundraising concert held at Wembley Stadium, London, and JFK Stadium, Philadelphia, in the early summer of 1985.

As television viewers around the world phoned in donations in support of African famine relief, Dylan said from the stage, "I hope that some of the money...maybe they can just take a little bit of it, maybe...one or two million, maybe...and use it, say, to pay the mortgages on some of the farms and, the farmers here, owe to the banks." Dylan would come under harsh criticism from Live Aid organizer Bob Geldof for his remarks ("It was a crass, stupid and nationalistic thing to say," Geldof would later write), but he planted a seed with several fellow musicians who shared his concern over the state of the American family farm. Less than one month later, Willie Nelson, Neil Young and John Mellencamp announced plans for "Farm Aid," a benefit concert for America’s farmers held in Champaign, Illinois, on this day in 1985.

Farm Aid started as a benefit concert on September 22, 1985, in Champaign, Illinois, held to raise money for family farmers in the United States. The concert was organized by Willie Nelson, John Mellencamp and Neil Young, spurred on by Bob Dylan's comments at Live Aid earlier in that year. (Dylan said, "I hope that some of the money...maybe they can just take a little bit of it, maybe...one or two million, maybe...and use it, say, to pay the mortgages on some of the farms and, the farmers here, owe to the banks....") Nelson and Mellencamp then brought family farmers before Congress to testify about the state of family farming in America. Congress subsequently passed the Agricultural Credit Act of 1987 to help save family farms from foreclosure.

Today, Farm Aid is an organization that works to increase awareness of the importance of family farms, and puts on an annual concert of country, blues and rock music with a variety of stars. The board of directors includes Nelson, Mellencamp, Neil Young, and Dave Matthews. Young's speeches about the environment are a highlight of the annual shows.

Willie Nelson, Neil Young and John Mellencamp organized the first Farm Aid concert in 1985 to raise awareness about the loss of family farms and to raise funds to keep farm families on their land. Dave Matthews joined the Farm Aid Board of Directors in 2001. Farm Aid has raised more than $37 million to promote a strong and resilient family farm system of agriculture. Farm Aid is a nonprofit organization whose mission is to keep family farmers on their land. 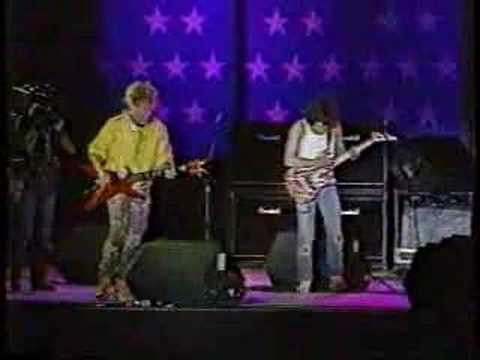 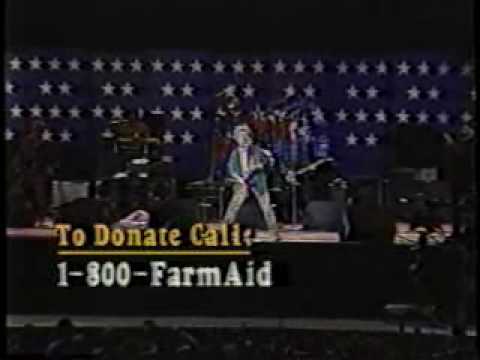