At least 9,500 people were killed, about 30,000 were injured, more than 100,000 people were left homeless, and severe damage was caused in parts of Mexico City and in several states of central Mexico.

According to some sources, the death toll from this earthquake may be as high as 35,000. It is estimated that the quake seriously affected an area of approximately 825,000 square kilometers, caused between 3 and 4 billion U.S. dollars of damage, and was felt by almost 20 million people. Four hundred twelve buildings collapsed and another 3,124 were seriously damaged in Mexico City. About 60 percent of the buildings were destroyed at Ciudad Guzman, Jalisco. Damage also occurred in the states of Colima, Guerrero, Mexico, Michoacan, Morelos, parts of Veracruz and in other areas of Jalisco.

The maximum Modified Mercalli intensity was IX at Mexico City, Ciudad Guzman and the Pacific Coast towns of Lazaro Cardenas, Ixtapa and La Union. Felt reports were received from Mazatlan, Sinaloa to Tuxtla Gutierrez, Chiapas, and as far away as Guatemala City, Guatemala and Houston, Texas. The quake was also felt at Brownsville, McAllen, Corpus Christi, Ingram and El Paso, Texas. It was felt very strongly by people on board the ship "Nedlloyd Kyoto" located at 17 35.4' North, 102 36.9' West.

The earthquake occurred in the Pacific Ocean, off the coast of the Mexican state of Michoacán, a distance of more than 350 km from the city, in the Cocos Plate subduction zone, specifically in a section of the fault line known as the Michoacan seismic gap at coordinates 18.190 N 102.533 W. The Cocos Plate pushes against and slides under the North American Plate, primarily along the coasts of the states of Michoacán and Guerrero in Mexico. Volatile trenches along the Cocos plate generally have had seismic events 30 to 70 years before 1985. This subduction zone outside the Gap was the source of 42 earthquakes of magnitude 7.0 or stronger in the 20th century prior to the 1985 event.. However, this particular section of the subduction zone had not had an event for a much longer time. Shockwaves from the earthquake hit the mouth of the Río Balsas on the coast at 7:17 am and hit Mexico City, 350 km away, two minutes later at 7:19 am. The 19 September quake was a multiple event with two epicenters and the second movement occurring 26 seconds after the first. Because of multiple breaks in the fault line, the event was of long duration. Ground shaking lasted more than five minutes in places along the coast and parts of Mexico City shook for three minutes, with an average shaking time of 3–4 minutes. It is estimated the movement along the fault was about three meters. The main tremor was foreshadowed by a quake of magnitude 5.2 on 28 May 1985 (magnitude 5.2), and was followed by two significant aftershocks: one on 20 September 1985 of magnitude 7.5 lasting thirteen seconds and the third occurring seven months later on 30 April 1986 with magnitude 7.0 lasting ten seconds. However, at least twelve other minor aftershocks were associated with the seismic event.

The energy released during the main event was equivalent to approximately 1,114 Nuclear weapons exploding. The earthquake was felt over 825,000 square kilometers, as far away as Los Angeles and Houston in the United States.

In the port of Lázaro Cárdenas, near the epicenter, the 19 September event registered as IX on the Modified Mercalli Intensity scale; in parts of Mexico City, it registered the same, even at a distance of about 400 km away. There was no historic record of such a strong quake in Mexico.

While the fault line was located just off the Pacific coast of Mexico, there was relatively little effect on the sea itself. The earthquake did produce a number of tsunamis but they were small, ranging between one and three meters in height. Ecuador reported the highest waves of 60 centimeters. 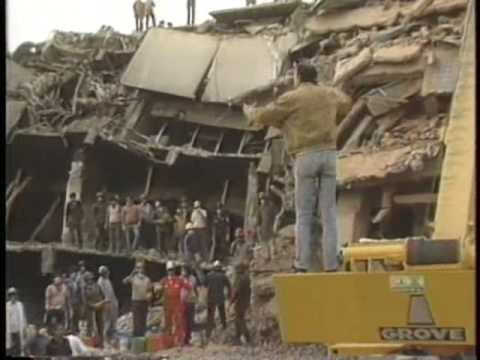 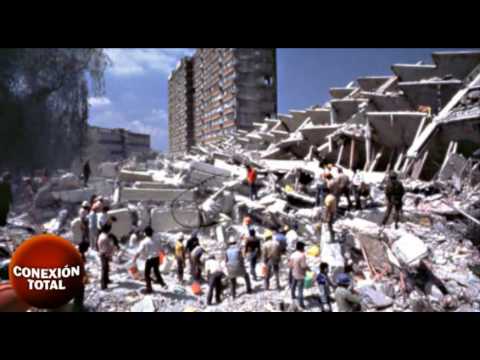