After Hours (film) is Released

After Hours is an American black comedy film released in 1985, directed by Martin Scorsese and written by Joseph Minion.

It depicts a New Yorker, Paul Hackett (Griffin Dunne), who experiences a series of adventures and perils in trying to make his way home from SoHo.

The film grossed $10,609,321 in the United States. Though it was not received well by moviegoers, it was given positive reviews at the time and is now said to be an "underrated" Scorsese film, as well as a cult classic in its own right. The film did, however, garner Scorsese the Best Director Award at the 1986 Cannes Film Festival and allowed the director to take a deserved hiatus from the tumultuous development of The Last Temptation of Christ. It currently holds a 92% rating on Rotten Tomatoes. Prominent film critic Roger Ebert gave After Hours a positive review and a rating of four stars. He praised the film as one of the best in the year, and said it "continues Scorsese's attempt to combine comedy and satire with unrelenting pressure and a sense of all-pervading paranoia." He later added the film to his "Great Movies" list. In the New York Times, Vincent Canby gave the film a mixed review and called it an "entertaining tease, with individually arresting sequences that are well acted by Mr. Dunne and the others, but which leave you feeling somewhat conned."

Martin Scorsese's "After Hours" is a comedy, according to the strict definition of that word: It ends hapily, and there are indications along the way that we're not supposed to take it seriously. It is, however, the tensest comedy I can remember, building its nightmare situation step by insidious step until our laughter is hollow, or defensive. This is the work of a master filmmaker who controls his effects so skillfully that I was drained by this film - so emotionally depleted that there was a moment, two-thirds of the way through, when I wondered if maybe I should leave the theater and gather my thoughts and come back later for the rest of the "comedy."” 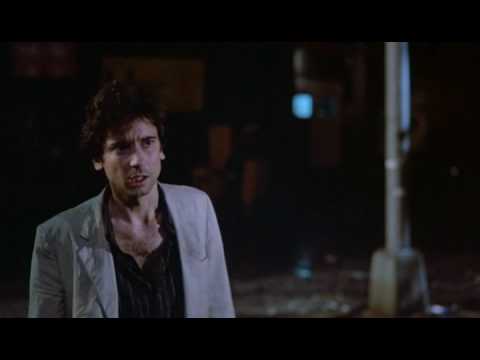