Live Aid was a multi-venue rock music concert held on July 13, 1985 (1985-07-13). The event was organized by Bob Geldof and Midge Ure to raise funds for famine relief in Ethiopia.

Billed as the 'global jukebox', the event was held simultaneously in Wembley Stadium, London (attended by 82,000 people) and JFK Stadium, Philadelphia (attended by about 99,000 people). On the same day, concerts inspired by the initiative happened in other countries, such as Australia and Germany. It was one of the largest-scale satellite link-ups and television broadcasts of all time: an estimated 400 million viewers, across 60 countries, watched the live broadcast. 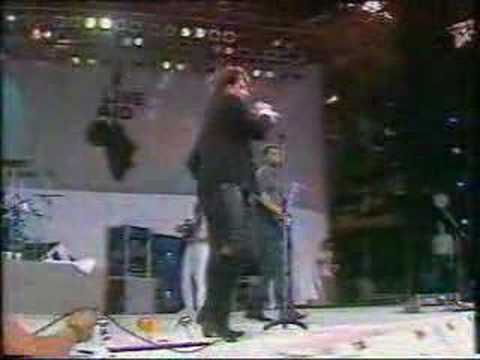