Battle of the Beanfield

More than 300 people have been arrested after an attempt by police to prevent a convoy of hippies reaching Stonehenge led to a violent confrontation.

The travellers were on their way to the ancient stone circle in Wiltshire for an illegal festival but were stopped seven miles from their destination by 500 police officers, who blocked a road and refused to let them pass.

At ten past seven the ‘battle’ began. In the next half hour, the police operation "became a chaotic whirl of violence."

"At one point, I saw a youth inside a bus, surrounded by policeman, trying to give himself up. He climbed out of a broken window and found himself falling on a sea of policeman who - only a few feet in front of me - were leaning over each other to get a blow. I saw the young mans glasses swiped from his face and his front teeth break under the raining blows."

"Above us, a police helicopter, circling overhead, barked down encouragement from a loud hailer: ‘You’re doing a great job. This is the way they like it." 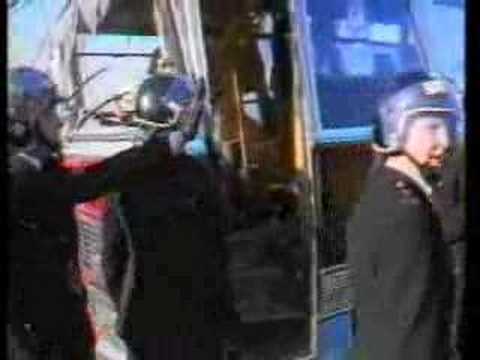 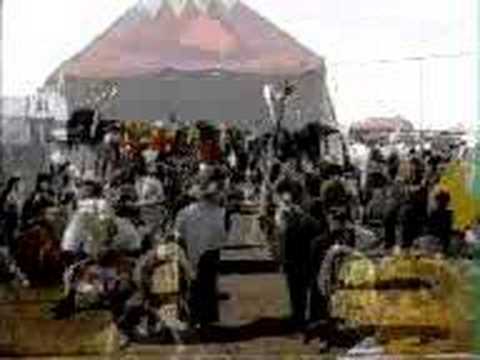