"My Beautiful Laundrette" Is Released

My Beautiful Laundrette is a 1985 film directed by Stephen Frears.

The screenplay was written by Hanif Kureishi.

Omar (Gordon Warnecke) is the son of a Pakistani journalist who lives in London but hates Britain and its international politics. By contrast, Omar's paternal uncle Nasser is a successful entrepreneur and an active member of the London Asian community. Omar's father asks his uncle to give him a job and, after working for a brief time as a car washer in one of his uncle's garages, he is assigned the task of running a run-down laundrette and turning it into a profitable business.

After the death of his wife and his subsequent descent into alcoholic near-agoraphobia, a crotchety Pakistani intellectual convinces his shady entrepreneur brother to provide work for his son in this multi-layered portrait of the immigrant experience in Great Britain. Young Londoner Omar (Gordon Warnecke) isn't sure what he wants out of life, but his uncle Nasser (Saeed Jaffrey) provides a corrupt, capitalist role model as Omar graduates from washing cars for the old crook to running his run-down laundromat. After a chance meeting with Johnny (Daniel Day-Lewis), an old school chum whose flirtation with fascism deeply wounded Omar's principled Papa (Roshan Seth), Omar hires the young thug to work for him. Soon, the pair begin a romantic relationship that remains as under-wraps as the illicit drug-running and enforcement work they perform for Nasser's associate, Salim (Derrick Branche). On the domestic front, Omar must balance his knowledge of Nasser's long-running affair with posh Brit Rachel (Shirley Ann Field) with his own loyalty and attraction to Nasser's Westernized daughter, Tania (Rita Wolf). After successfully transforming his laundrette into a vision of resplendent pastel suds and providing a bright spot in his otherwise sqalid London neighborhood, Omar seems to have a bright future in Nasser's organization. The spectre of Johnny's past, however, combines with Omar's conflicted immigrant loyalties to threaten the sense of identity the young man has managed to stake out for himself. British-born, half-Pakistani playwright and novelist Hanif Kureishi won an Oscar nomination for his screenplay for My Beautiful Laundrette, which was originally filmed for BBC television. Kureishi collaborated again with director Stephen Frears on Sammy and Rosie Get Laid. ~ Brian J. Dillard, All Movie Guide 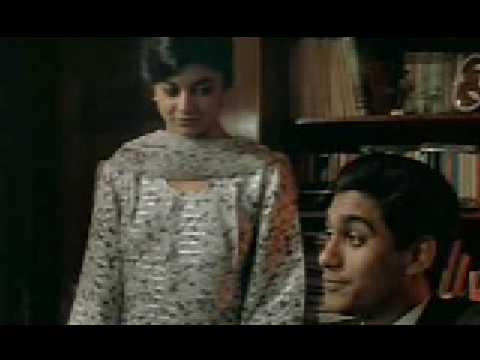