The Ford Tempo is a two-door coupe and four-door sedan car model that was produced by Ford Motor Company for model years 1984 to 1994.

It was a downsized successor to the boxy Ford Fairmont that introduced "jellybean" styling, and was replaced in 1994 by the Ford Contour. The Tempo was part of a rejuvenation by Ford to offer more environmentally friendly, fuel efficient, and more modern styled models to compete with the imports. While the car sold well, its innovation and aerodynamic design paved the way for the even more groundbreaking Ford Taurus. Its twin, the Mercury Topaz, is a slightly upscale variant of the Tempo sold through Ford's Lincoln-Mercury division.

It was in late 1983 when the Ford Motor Company introduced Ford Tempo as a 1984 model. Going through a series of evolution, Ford Tempo found its way to the latest model of being a powerful, reliable, excellent in value and quality, and most of all, an affordable Ford product. There are great accessories and performance parts that were standard in these series such as AM/FM stereo, a digital electronic clock, a console-mounted cup-holder, a leather-wrapped shift knob, and de-misters.

One trim up, you then get a dual power mirrors, a polycase, 14-inch wheels with performance-all season tires, power locks, and upgraded cloth seat trim. Options include a driver's-side air bag and six-way power seat, air conditioning, and a rear-window defroster. Tempo comes in two 4-door series, GL and LX, and a 2-door Sport series. An All-Wheel Drive system came only on 4-door sedans. A 98-horsepower 4-cylinder engine went into GL and LX models, while GLS and All-Wheel Drive Tempos got a 100-horsepower rendition.

Having this kind of vehicle is not hard to maintain, because Ford Tempo - Ford Parts are being spread in the internet. So, end up your worries in looking for the best parts. You can get it all from the net. 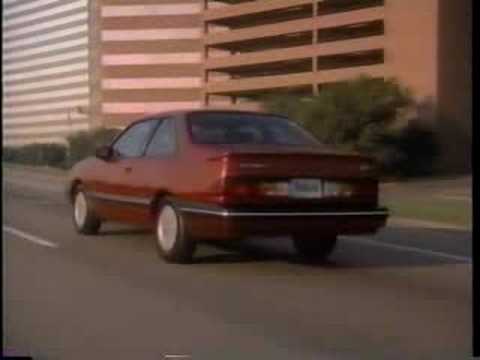