Atari Releases the 7800 in North America

The Atari 7800 ProSystem, or simply the Atari 7800, is a video game console re-released by Atari Corporation in June 1986.

The original release had occurred two years earlier under Atari Inc. The 7800 was designed to replace Atari Inc.'s unsuccessful Atari 5200 and later to re-establish Atari Corp.'s market supremacy against Nintendo and Sega. With this system, Atari Inc. addressed all the shortcomings of the Atari 5200: it had simple digital joysticks; it was almost fully backward-compatible with the Atari 2600; and it was affordable (originally priced at US$140).

The Atari 7800 ProSystem was the first game system from Atari Inc. designed by an outside company, General Computer Corporation (GCC). The system had been designed in 1983 through 1984 with an intended mass market rollout in June 1984, but was canceled shortly there after due to the sale of the company to Tramiel Technology Ltd on July 2, 1984. The project was originally called the 3600 and then later renamed the 7800.

Several key factors influenced the design of the 7800. First, Atari had been facing mounting pressure from the ColecoVision, which boasted graphics that more closely mirrored arcade games of the time than Atari’s reigning 2600 VCS system. Second, the Atari 5200 (the original intended successor to the Atari 2600 VCS) had been widely criticized for not being able to play Atari 2600 VCS games and for the poor quality of its analog joysticks. Finally, dropping prices of home computers like the Commodore 64 had caused many to believe that buying a home computer was a better investment because it provided more detailed game play and could be used for other purposes such as word processing.

Previous game consoles sometimes had a difficult time replicating the arcade experience in home versions of popular arcade games. In particular, home versions of arcade games sometimes had problems with flickering and slow down when more than a few moving objects appeared on the screen at once. GCC, which had a background in creating arcade games, designed their new system with a graphical architecture similar to arcade machines of the time. The 7800 featured the ability to move around tremendous amount of objects (75-to-100) that far exceeded previous consoles. Powering the system was a 6502C processor running at 1.79 MHz, similar to the processor found in home computers (Atari 8-bit, Apple II, Commodore 64) and other consoles (Atari 5200 and Nintendo Entertainment System) but running at almost twice the clock frequency.

In response to the criticisms of the Atari 5200, the Atari 7800 could play almost all Atari 2600 games out of the box, without the need for an adapter. In addition, it featured a return to a digital controller.

To address the concerns of parents that home computers were a better investment than consoles, the system was designed to be upgraded to a full-fledged home computer. A keyboard was developed, and the keyboard had an expansion port (which was the SIO port from Atari's 8-bit computer line, though the 7800 could not run Atari computer programs) allowed for the addition of peripherals such as disk drives and printers.

To enhance the gaming experience further, GCC had also designed a 'high score cartridge,' a battery-backed RAM cartridge designed for storing game scores. On the side of the 7800 was an expansion port, reportedly for a planned connection with a laserdisc player.

Competing with Sega and Nintendo's 16-bit consoles, the Jaguar was said to be 64-bit. Back then, bit width was a big deal in the gaming industry, just as polygon-pushing power is today. The Jaguar did not work off of a solitary 64-bit processor, but instead it had a collection of processors with bus widths ranging from 16 to 64 bits. The bit width of the Jaguar is still a source of considerable debate today, but consensus exists among those who are familiar with the system hardware that, because Jaguar's main data bus and some of the processors are 64-bit, the entire system can be considered 64 bit. It would otherwise be considered a 32-bit console. 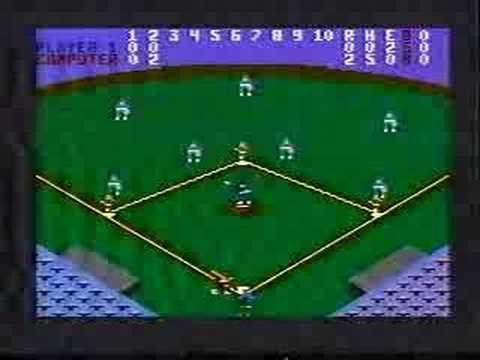 View other events that happened in May 1984