American peacekeeping forces in Beirut, a part of a multinational force during the Lebanese Civil War who had been earlier deployed by Reagan, were attacked on October 23, 1983.

The Beirut barracks bombing resulted in the deaths of 241 American servicemen by suicide bombers. Reagan called the attack "despicable," pledged to keep a military force in Lebanon, and planned to target the Sheik Abdullah barracks in Baalbek, Lebanon, training ground for Hezbollah fighters, but the mission was later aborted. On February 7, 1984, President Reagan ordered the Marines to begin withdrawal from Lebanon.

he Multinational Force in Lebanon (also MNF) was an international peacekeeping force created in 1982 and sent to Lebanon to oversee the withdrawal of the Palestine Liberation Organization. The participants included contingents of United States Marines and Navy SEALs, French paratroopers, Italian soldiers, and British soldiers.

Background
Commission for Philip Habib for his trip as Special Representative of the President of the United States for the Middle East in 1982, signed by President Ronald Reagan and Secretary of State George P. Shultz.

Americans had previously been involved in Lebanese affairs, during the 1958 Lebanon crisis. In that intervention, 14,000 Americans were sent to Lebanon by President Dwight D. Eisenhower to quell the opposition to President Camille Chamoun and neighboring countries. The operation was considered a success.

In 1975, the Lebanese Civil War began. Further instability was caused in 1982 by the invasion of Lebanon by Israel, which targeted the Palestine Liberation Organization (PLO) based there.

As the capital of Beirut was besieged by the Israelis, U.S. Ambassador Philip Habib negotiated with the warring parties for an end to the fighting and for the establishment of a peacekeeping force in Beirut. In August 1982, he was successful in bringing about an agreement for the evacuation of Syrian troops and PLO fighters from Beirut. The agreement also provided for the deployment of a three-nation Multinational Force (MNF) during the period of the evacuation.

The French troops landed in Beirut on August 21, with the U.S. troops (32nd Marine Amphibious Unit from Marine Corps Base Camp Lejeune) arriving on August 24 and the Italians on August 26. This initial force consisted of 800 Americans, 400 French, and 800 Italian troops. The PLO withdrew from Beirut to Tunisia on August 30; the Marines and the other foreign troops later withdrew to ships in the Mediterranean Sea.

Despite the withdrawal of the PLO from Beirut, the MNF's mission was far from over. On September 14, Lebanese President Bachir Gemayel was assassinated. Then, from September 16-18, hundreds of Palestinian refugees were murdered by Phalangists in the Sabra and Shatila massacres. This incident prompted U.S. President Ronald Reagan to organize a new MNF with France and Italy. On September 29, this new force entered Beirut, with about 1,200 Marines. Their mission was to help the new Lebanese government and army with stability.

This new force consisted of 1,400 Marines (later increased to 1,800) of the 2nd Battalion, 8th Marine Regiment. They were relieved in place by the 3rd Battalion 8th Marines in October 1982. The Battalion Landing Team's headquarters was based at Beirut International Airport. France's contingent of 1,500 paratroopers of the 8th Marine Infantry Parachute Regiment (8 eme RPIMa) were based in West Beirut, and 1,400 Italian troops were based in the area between West Beirut and the airport. In February 1983, British troops (armored cars from 1st The Queen's Dragoon Guards) joined the MNF.
The USMC barracks in Beirut, 1982

During the winter of 1982-1983, the MNF was successful in its mission. Though officially neutral, the force was responsible for preventing attacks from various Lebanese factions and the Israeli Army. However, the MNF increasingly came under fire from factions of the Lebanese Civil War.

On April 18, 1983, the U.S. embassy in West Beirut was bombed, killing 63 people. This blast was a clear sign of opposition to the MNF.

The Israeli Army agreed on May 17, 1983 to eventually withdraw from Beirut. In the fall of 1983 the U.S. Marines at the airport were repeatedly shelled by members of Shiite Muslim and Druze militias. Several Marines were killed and others wounded. In response, the U.S. warships USS Bowen (FF-1079), USS Virginia (CGN-38), USS John Rodgers (DD-983), and USS Arthur W. Radford (DD-968) shelled Shiite and Druze positions near Beirut.

The MNF was given a devastating blow on October 23, when truck bombs driven by suicide bombers hit the U.S. Marine and French Paratrooper barracks in Beirut, killing 241 American servicemen and 58 French soldiers. With this incident, the MNF suffered its greatest number of casualties and drew calls to withdraw from Lebanon. Still, President Reagan said the Marines would stay.

Responsibility for the two barracks blasts has not been definitely determined. The U.S. blames Hezbollah and Iran for the blasts.

French warplanes struck the Beqaa Valley in November, hitting Iranian Revolutionary Guard positions. They claimed this was in response to the barracks bombing. At this time, tensions rose between Syria and the United States as anti-aircraft batteries were fired at U.S. planes as they patrolled Lebanese skies. Tensions culminated in the first direct U.S. military involvement in Lebanon on December 4. After being fired upon by Syrian missiles, U.S. aircraft targeted Syrian missile batteries in the mountains east of Beirut. In the process, Syrian surface to air missiles shot down two American planes, an A-6 Intruder and an A-7 Corsair. One of the A-6 pilots, Lt. Mark Lange, was killed; his Bombardier/Navigator, Bobby Goodman, ejected and was captured by the Syrians. From the A-7, LCDR Coughlin and his B/N, Hellman, ejected and were rescued, though both suffered severe injuries.

On the same day, eight U.S. Marines were killed by shells from Syrian-backed militias at the airport observation post.

In response to more Syrian fire, the battleship USS New Jersey fired on Lebanon on December 14 and 15. Meanwhile, Yasir Arafat and his PLO left Tripoli on December 20 on five Greek ships bound for Tunisia. The MNF was targeted again by bombs on December 21, with a truck bomb killing a French soldier and 14 Lebanese outside a French military base and a bomb killing four at a Western bar.

The captured American crewman, Lt. Bobby Goodman, was released January 3, 1984, after negotiations with Reverend Jesse Jackson. At the same time, U.S. President Ronald Reagan was pressured for a troop withdrawal from Lebanon by Congress. These calls were increased after the Lebanese PM and his cabinet resigned February 5. Shiite and Druze militiamen began fighting outside Beirut on February 6 and threw the capital into chaos. Reagan ordered the 1,700 Marines to begin withdrawing on February 7. The Italians pulled out on February 20; the Marines followed on February 26. The last French troops left on March 31. 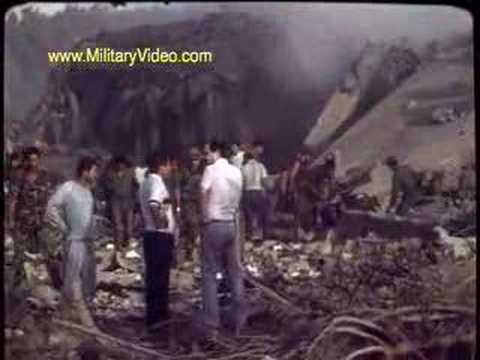 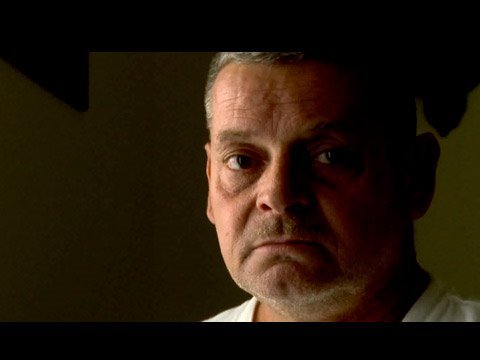