The official death toll of this disaster was about 5,000 initially. A more probable figure is that 18,000 died within two weeks, and it is estimated that an additional 8,000 have since died from gas-poisoning-related diseases. The Greenpeace organization cites a total casualty figure of 20,000 as its own conservative estimate. The Bhopal disaster is often cited as the world's worst industrial disaster. December 3 is observed as an annual day of mourning for this disaster, and each year, all of the government offices in Bhopal are closed on this day.

The Union Carbide India, Ltd., (UCIL) plant was established in 1969 in East Bhopal City. 51% of it was owned by Union Carbide Corporation (UCC) and 49% by Indian authorities, although UCC was responsible for all techniques and designs. It produced the pesticide carbaryl (trade mark Sevin). Methyl isocyanate (MIC), an intermediate in carbaryl manufacture, was also used, and in 1979 a plant for producing MIC was added to the site.

During the night of December 3, 1984, large amounts of water entered the chemical storage tank E610, which contained about 40 tonnes of methyl isocyanate. The resulting reaction generated a major increase in the temperature of liquid inside the tank to over 200°C (400°F). The MIC holding tank then gave off a large volume of mixed toxic gases, forcing the emergency release of pressure. Massive panic resulted as people woke up in a cloud of noxious gasses that burned their lungs. About nine thousand people died immediately from the gasses, and many more were trampled by others who were fleeing.

Theories for how the water entered the chemical storage tank differ. At the time, workers at the plant were cleaning out some chemical pipes with water, and some authorities claim that because of bad maintenance and leaking valves, it was possible for the water to leak into the tank E610. The Union Carbide Corp. maintains that this was not possible, and that the disaster was an act of sabotage by a "disgruntled worker" who introduced water directly into the tank. Much speculation arose in the aftermath, since the government of India and the Union Carbide Corp. did not release the results of their own investigations. A recently published highly researched book, entitled "The Black Box of Bhopal", which has also appended several original documents not scrutinized before, presents a more complete picture about the events on the morning of 3rd of December 1984.

The deciding factors that contributed to the disaster included:

* The chemical plant's poorly-chosen location—located near a densely populated west city area, instead of the other side of Bhopal City where the company had been offered land.
* Using hazardous ingredient chemicals (methyl isocyanate) instead of less dangerous ones
* Storing these chemicals in large tanks instead of several smaller storage tanks.
* Possible corrosion of the metals in the pipelines
* Poor maintenance at the chemical plant
* Failure of several safety systems, which where not in operation at the time.
* Deficient staffing policies, such as in the number of employees hired and their training for working with dangerous chemicals.
* Negligence on the part of the Union Carbide India, Ltd., and the Governments of India and the state of Madhya Pradesh.

At 11.00 PM on December 2 1984, while most of the one million residents of Bhopal slept, an operator at the plant noticed a small leak of methyl isocyanate (MIC) gas and increasing pressure inside a storage tank. The vent-gas scrubber, a safety device designer to neutralize toxic discharge from the MIC system, had been turned off three weeks prior. Apparently a faulty valve had allowed one ton of water for cleaning internal pipes to mix with forty tons of MIC. A 30 ton refrigeration unit that normally served as a safety component to cool the MIC storage tank had been drained of its coolant for use in another part of the plant. Pressure and heat from the vigorous exothermic reaction in the tank continued to build. The gas flare safety system was out of action and had been for three months. At around 1.00 AM, December 3, loud rumbling reverberated around the plant as a safety valve gave way sending a plume of MIC gas into the early morning air. Within hours, the streets of Bhopal were littered with human corpses and the carcasses of buffaloes, cows, dogs and birds. An estimated 3,800 people died immediately, mostly in the poor slum colony adjacent to the UCC plant. Local hospitals were soon overwhelmed with the injured, a crisis further compounded by a lack of knowledge of exactly what gas was involved and what its effects were. It became one of the worst chemical disasters in history and the name Bhopal became synonymous with industrial catastrophe.

Estimates of the number of people killed in the first few days by the plume from the UCC plant run as high as 10,000, with 15,000 to 20,000 premature deaths reportedly occurring in the subsequent two decades. The Indian government reported that more than half a million people were exposed to the gas. Several epidemiological studies conducted soon after the accident showed significant morbidity and increased mortality in the exposed population. Table 1. summarizes early and late effects on health. These data are likely to under-represent the true extent of adverse health effects because many exposed individuals left Bhopal immediately following the disaster never to return and were therefore lost to follow-up 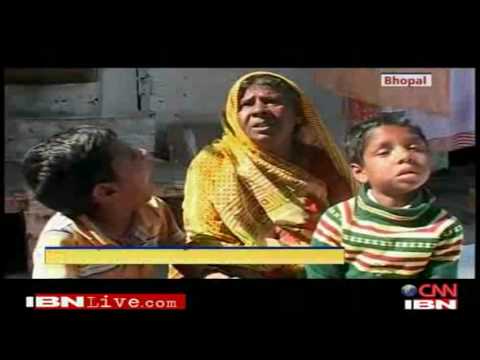