Caravan of Courage: An Ewok Adventure

The Ewok Adventure (1984) was an American made-for-TV film set in the Star Wars galaxy.

It was released theatrically in Europe as Caravan of Courage: An Ewok Adventure, and is known by that title today. The film focuses on the struggles of a brother and sister, stranded on the forest moon of Endor, in locating their parents, who have been kidnapped by a monster known as the Gorax. The film is set sometime between the fifth and sixth episodes of the Star Wars saga. It is the first of two spin-off films featuring the Ewoks from Star Wars Episode VI: Return of the Jedi. 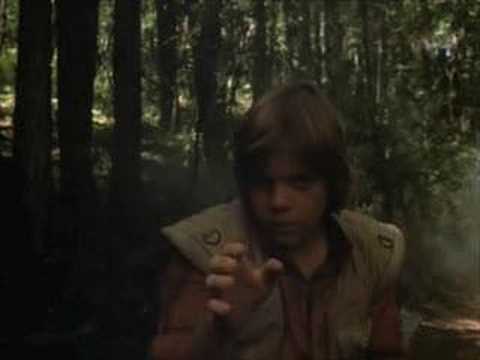