The San Juanico Disaster was an industrial disaster caused by a massive series of explosions at a liquid petroleum gas (LPG) tank farm in San Juanico, Mexico (outside of Mexico City, Mexico) on November 19, 1984.

The explosions consumed 11,000 cu. meters of gas, representing one third of Mexico City's entire liquid petroleum gas supply. The explosions destroyed the facility and devastated the local town of San Juan Ixhuatepec, with 500–600 people killed, and 5000–7000 others suffering severe burns. The San Juanico Disaster was one of the deadliest industrial disasters in world history.

Since 3 AM on the morning of November 19th, 1984, there was a leak in an 8 inch pipe leading to one of the Pemex spherical tanks. The tanks had been nearly empty a day before and were now being refueled via pipeline from the Tula, Hidalgo oil refinery. For almost three hours, the gas cloud lingered throughout the facility.

6 minutes later, at 5:46 am, a raging hell was unleashed on San Juan Ixhuatepec.

At approximately 05:35 hours on 19 November 1984 a major fire and a series of catastrophic explosions occurred at the government owned and operated PEMEX LPG Terminal at San Juan Ixhuatepec, Mexico City. As a consequence of these events, at least 650 people were killed and the terminal destroyed. The PEMEX accident is among the most well-known examples of a BLEVE, pronounced "blevvy", an acronym for "boiling liquid expanding vapor explosion." This is a type of explosion that can occur when a vessel containing a pressurized liquid is ruptured. This disaster is one of the largest in industrial history. 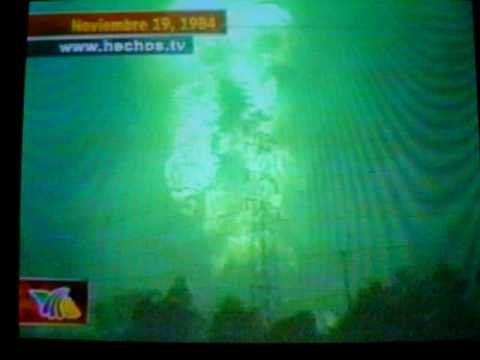 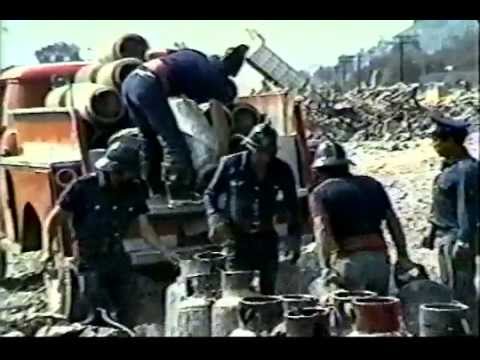