1984 (written as MCMLXXXIV on the front cover) is the sixth album by American hard rock band Van Halen.

One of the band's more popular albums (in terms of both record sales and chart performance), 1984 is the final album (to date) featuring singer David Lee Roth, who later left the band in the spring of the following year because of escalating tensions between him and guitarist Eddie Van Halen, as well as Roth's desire to pursue a solo career.

1984 peaked at #2 on the Billboard Magazine album charts (#1 at the time was Thriller, which featured an Eddie Van Halen guitar solo on "Beat It," which Roth had criticized) and contained future hits "Jump", "Panama", "I'll Wait", and "Hot for Teacher". "Jump" reached #1 on the magazine's singles chart. 1984 is the second of two Van Halen albums to have sold 10 million copies in the United States.

"Jump" was one of the most successful songs of 1984 and was on the 10 most played songs on the radio that year. As a single, it sold over three million copies alone, making it one of the most popular rock songs of that decade. "Panama" was the third single from the album and reached number 13 on the singles chart in June. The keyboard-driven "I'll Wait" was another single, reaching number 13 on the singles chart in March 1984. "Hot for Teacher", a humorous song about a grade-school crush, was also a hit, reaching #56 on the Billboard Hot 100, as well as spawning a popular MTV video starring pre-teen lookalikes of the band members. It's also featured on the game Guitar Hero: World Tour.

Some retail stores in the UK refused to stock the album due to the album's artwork being a cherub smoking. A sticker was placed over the artwork. 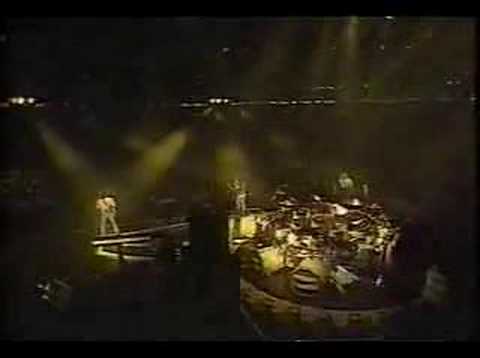