RHCP's first performance was at the Rhythm Lounge, to a crowd of roughly thirty people, opening for Gary and Neighbor's Voices. One song had been created for the occasion, which involved the band improvising music while Kiedis rapped a poem he had written called "Out in L.A.". As Slovak and Irons were already committed to another group, What Is This?, it was intended to be a one time performance. However, the performance was so lively that the band was asked to return the following week. Due to this unexpected success, the band changed its name to the Red Hot Chili Peppers, playing several more shows at various LA clubs and musical venues. Six songs from these initial shows were recorded onto the band's first demo tape. 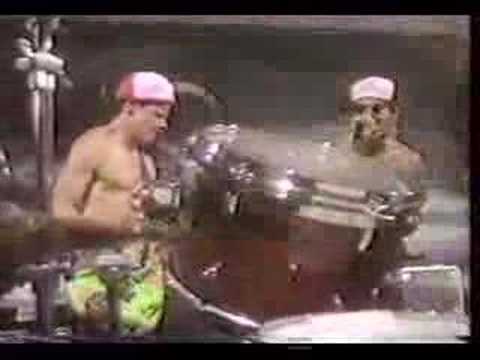