On September 17, 1983, Williams made history by becoming the first African-American woman in the pageant’s 63-year history to capture the Miss America title.

(For the competition’s first 30 years, blacks weren’t even allowed to become contestants.) Scandal later erupted, however, when nude photos surfaced of Williams that had reportedly been shot when she worked for a photographer before her pageant days. She was forced to resign her Miss America title in July 1984. The photos later appeared (without Williams’ consent) in Penthouse magazine.

Williams competed in the Miss Syracuse (University) beauty pageant when a campus musical she was in was cancelled in 1983. After she won, Williams won Miss New York in 1983, and went to the Miss America national pageant in Atlantic City. She was crowned Miss America 1984 on September 17, 1983, becoming the first African American to win the title. Prior to the final night of competition, Williams won both the Preliminary Talent and Swimsuit Competitions from earlier in the week. Williams' reign as Miss America was not without its challenges and controversies. For the first time in pageant history, a reigning Miss America was the target of death threats and hate mail.

Ten months into her reign as Miss America, she received an anonymous phone call stating that nude photos of her taken by a photographer prior to her pageant days had surfaced. Williams believed the photographs were private and had been destroyed; she claims she never signed a release permitting the photos to be used.

The genesis of the photos dated back to 1982, when she worked as an assistant and makeup artist for Mount Kisco, New York photographer Tom Chiapel. According to Williams, Chiapel advised her that he wanted to try a "new concept of silhouettes with two models." He photographed Williams and another woman in several nude poses, including simulated lesbian sex.

Hugh Hefner, the publisher of Playboy, was initially offered the photos, but turned them down. Later Hefner would explain why in People Weekly, "Vanessa Williams is a beautiful woman. There was never any question of our interest in the photos. But they clearly weren't authorized and because they would be the source of considerable embarrassment to her, we decided not to publish them. We were also mindful that she was the first black Miss America." Days later, Bob Guccione, the publisher of Penthouse, announced that his magazine would publish the photos in their September 1984 issue, and paid Chiapel for the rights to them without Williams' consent. According to the PBS documentary Miss America, Williams' issue of Penthouse would ultimately bring Guccione a $14 million windfall.

After days of media frenzy and sponsors threatening to pull out of the upcoming 1985 pageant, Williams felt pressured by Miss America Pageant officials to resign, and did so in a press conference on July 23, 1984. The title subsequently went to the first runner-up, Suzette Charles, who was also an African American. In early September 1984, Williams filed a $500 million lawsuit against Chiapel and Guccione. According to a Williams family representative, she eventually dropped the suit to avoid further legal battles choosing to move on with her life. Williams is quoted as saying "the best revenge is success." 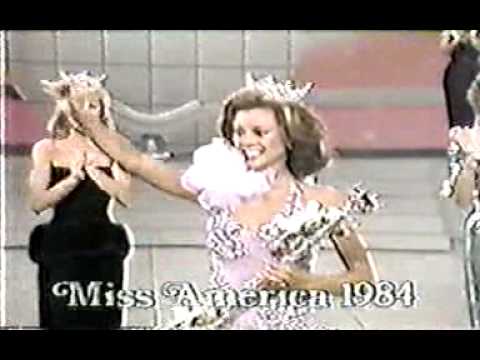