Superman III is a 1983 superhero film that is the third of five films in the Superman film series produced from 1978 to 2006 based upon the long-running DC Comics superhero.

Christopher Reeve, Jackie Cooper, Marc McClure and Margot Kidder are joined by new cast members Annette O'Toole, Annie Ross, Pamela Stephenson, Robert Vaughn and Richard Pryor. The film was the last Reeve/Superman film produced by Alexander Salkind and Ilya Salkind. It was followed by Supergirl (produced by the Salkinds) in 1984 and the non-Salkind produced sequel Superman IV: The Quest for Peace in 1987.

The film was less successful than the first two Superman movies, both financially and critically, but was still the fifth highest grossing film of 1983. Following the release of this movie, Pryor signed a five-year contract with Columbia Pictures worth $40 million.

Series producer Ilya Salkind originally wrote a treatment for this film that included Brainiac, Mister Mxyzptlk and Supergirl, but Warner Bros. did not like it. The treatment was released online in 2007. 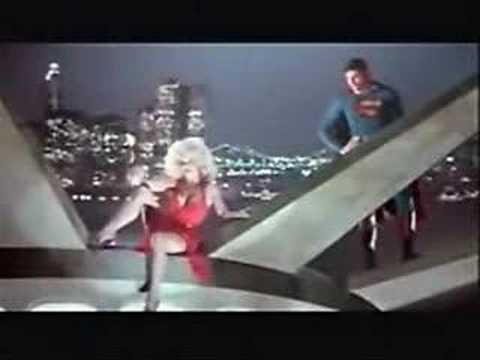