In March 1983, Reagan introduced the Strategic Defense Initiative (SDI), a defense project that would have used ground and space-based systems to protect the United States from attack by strategic nuclear ballistic missiles.

Reagan believed that this defense shield could make nuclear war impossible,but disbelief that the technology could ever work led opponents to dub SDI "Star Wars" and argue that the technological objective was unattainable. The Soviets became concerned about the possible effects SDI would have; leader Yuri Andropov said it would put "the entire world in jeopardy." For those reasons, David Gergen, former aide to President Reagan, believes that in retrospect, SDI hastened the end of the Cold War.

Critics labeled Reagan's foreign policies as aggressive, imperialistic, and chided as "warmongering," though they were supported by leading American conservatives who argued that they were necessary to protect U.S. security interests. A reformer, Mikhail Gorbachev, would later rise to power in the Soviet Union in 1985, implementing new policies for openness and reform that were called glasnost and perestroika.

Reagan displayed humor throughout his presidency, including one notable joke regarding the Cold War. As a sound check prior to his weekly radio address in August 1984, Reagan made the following gaffe as a way to test the microphone: "My fellow Americans, I'm pleased to tell you today that I've signed legislation that will outlaw Russia forever. We begin bombing in five minutes."

March 23 will mark the 25th anniversary of President Ronald Reagan's televised speech to the nation proposing the Strategic Defense Initiative (SDI) to protect the United States against missile attack. This speech marked the point of departure for the basis of U.S. strategic policy away from the threat of retaliation and toward protecting the American people and territory against attack. President Reagan put it this way: 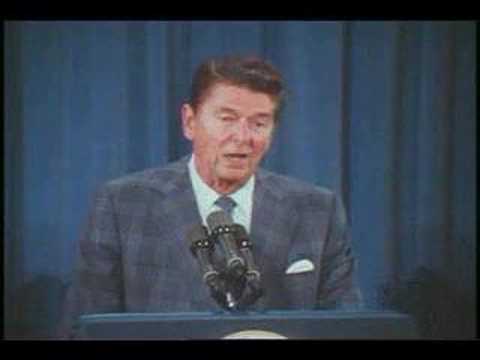 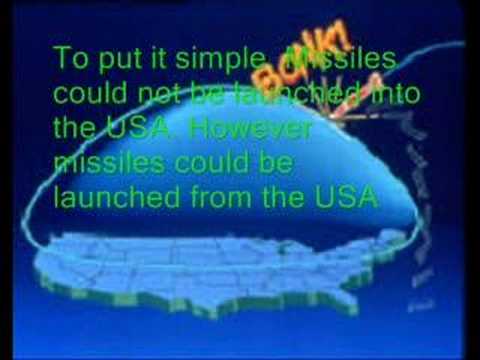 View other events that happened in March 1983