Reagan escalated the Cold War, accelerating a reversal from the policy of détente which began in 1979 following the Soviet invasion of Afghanistan.

Reagan ordered a massive buildup of the United States Military and implemented new policies towards the Soviet Union: reviving the B-1 bomber program that had been canceled by the Carter administration, and producing the MX "Peacekeeper" missile. In response to Soviet deployment of the SS-20, Reagan oversaw NATO's deployment of the Pershing II missile in West Germany.

Together with Britain's prime minister Margaret Thatcher, Reagan denounced the Soviet Union in ideological terms. In a famous address on June 8, 1982 to the British Parliament in the Royal Gallery of the Palace of Westminster, Reagan said, "the forward march of freedom and democracy will leave Marxism-Leninism on the ash-heap of history." On March 3, 1983, he predicted that communism would collapse, stating, "Communism is another sad, bizarre chapter in human history whose last pages even now are being written." In a speech to the National Association of Evangelicals on March 8, 1983, Reagan called the Soviet Union "an evil empire." After Soviet fighters downed Korean Air Lines Flight 007 on September 1, 1983, carrying 269 people including U.S. congressman Larry McDonald, Reagan labeled the act a "massacre" and declared that the Soviets had turned "against the world and the moral precepts which guide human relations among people everywhere." The Reagan administration responded to the incident by suspending all Soviet passenger air service to the United States, and dropped several agreements being negotiated with the Soviets, wounding them financially.

Under a policy that came to be known as the Reagan Doctrine, Reagan and his administration also provided overt and covert aid to anti-communist resistance movements in an effort to "rollback" Soviet-backed communist governments in Africa, Asia and Latin America. During the Soviet war in Afghanistan, Reagan aided Mujihadeen forces against the Red Army. President Reagan's Covert Action program has been given credit for assisting in ending the Soviet occupation of Afghanistan.

The phrase evil empire was applied especially to the Soviet Union by U.S. President Ronald Reagan and American and Canadian conservatives, who took an aggressive, hard-line stance that favored matching and exceeding the Soviet Union's strategic and global military capabilities. It has also been applied in other contexts – notably, describing the British Empire.

Reagan's chief speechwriter at the time, Anthony R. Dolan, reportedly coined the phrase for Reagan's use. Some sources incorrectly refer to the June 1982 speech before the British House of Commons as the "Evil Empire" speech, but while Reagan referred twice to totalitarianism in his London speech, the exact phrase "evil empire" did not appear in any speech until later in his Presidency. Rather, the phrase "ash heap of history" appeared in this speech, used by Reagan to predict what he saw as the inevitable failure and collapse of global communism. Ironically, this latter phrase was coined by Bolshevik revolutionary Leon Trotsky in November 1917, using it against his opponents (the Mensheviks) and suggesting that communism was the future; the irony may not have been lost on Reagan.

Reagan's March 8, 1983 speech to the National Association of Evangelicals in Orlando, Florida is his first recorded use of the phrase "evil empire." Reagan said:

In your discussions of the nuclear freeze proposals, I urge you to beware the temptation of pride, the temptation of blithely declaring yourselves above it all and label both sides equally at fault, to ignore the facts of history and the aggressive impulses of an evil empire, to simply call the arms race a giant misunderstanding and thereby remove yourself from the struggle between right and wrong and good and evil.

In the "evil empire" speech, which also dealt with domestic issues, Reagan made the case for deploying NATO nuclear armed missiles in Western Europe as a response to the Soviets installing new nuclear armed missiles in Eastern Europe. Eventually, the NATO missiles were set up and used as bargaining chips in arms talks with Soviet leader Mikhail Gorbachev, who took office in 1985. In 1987, Reagan and Gorbachev agreed to go farther than a nuclear freeze. In an atomic age first, they agreed to reduce nuclear arsenals. Intermediate- and shorter-range nuclear missiles were eliminated.

The phrase also proved useful to Western anti-Communists in justifying a significantly more forceful defense and foreign policy stand against the Soviets. In addition to using the phrase "evil empire," Reagan described the Soviet Union as a "totalitarian" regime.

The Soviet Union, for its part, alleged that the United States was an imperialist superpower seeking to dominate the entire world, and that the Soviet Union was fighting against it in the name of communism. In Moscow, the Soviet press agency Tass said the "evil empire" words demonstrated that the Reagan administration "can think only in terms of confrontation and bellicose, lunatic anti-Communism."

During his second term in office, almost three years after using the term "evil empire," Reagan visited the new reformist General Secretary of the Soviet Union, Mikhail Gorbachev. When asked by a reporter whether he still thought the Soviet Union was an "evil empire," Reagan responded that he no longer did, and that when he used the term it was a "different era"; that is, the period before Gorbachev's perestroika and glasnost reforms. Still, Reagan remained a critic of the Soviet regime for its absence of democratic institutions.

Recent historians, such as Yale University's John Lewis Gaddis, have grown more favorable towards the use and influence of the phrase "evil empire" in describing the Soviet Union. In his book The Cold War Gaddis argues that, in their use of the phrase "evil empire," Reagan and his anti-Communist political allies were effective in breaking the détente tradition, thus laying the ground for the ultimate collapse of the Soviet Union.

Others, however, like al Qaeda leader Osama bin Laden, questioned this claim, declaring in 2007 that one of the prime reasons for the collapse of the Soviet Union was its defeat in the Afghanistan war by the Afghan mujahideen resistance. In his statement, however, bin Laden did not mention the significant role of the United States and Saudi Arabia in providing military aid to the anti-Soviet mujahideen.

Reagan and Gorbachev had their last meeting at the Reagan ranch, Rancho del Cielo, in 1992. By this time, the Soviet Union was no more.

Following Reagan's use of the phrase, the phrase "evil empire" took on a nearly iconic status in global culture and was used in these and other contexts:

* The band Rage Against the Machine released a 1996 album titled Evil Empire, which featured songs generally critical of the United States government, including "People of the Sun" and "Bulls on Parade."

* In recent years, the American professional baseball team, the New York Yankees, has been nicknamed the "evil empire" because of their huge team salaries and success in seemingly obtaining any player of their choice with lucrative contracts. The first usage of this term relating to the Yankees was from Boston Red Sox President and CEO Larry Lucchino, after the Red Sox lost out to the Yankees in a bidding war for Cuban pitcher José Contreras. After initially not commenting on the signing, a frustrated Lucchino told the New York Times "No, I'll make a comment. The evil empire extends its tentacles even into Latin America."[8]. The nickname, though derogatory towards the team, has since been embraced by Yankee fans.

* The American band Of Montreal references America as "The Evil Empire" in the song "Du Og Meg" from their album Icons, Abstract Thee, released in 2007.

* In a 2007 book, The Evil Empire: 101 Ways That England Ruined The World, author Steven A. Grasse lists many alleged crimes committed by the British Empire and editorially makes the claim that the British acted in an evil fashion, particularly during their global colonial reign, but also afterwards, blaming the British solely for World War I, World War II and the Great Depression.The book was ridiculed by critics in the Daily Mail. Some historians have criticized Grasse's book for its lack of sources, a lack of serious historical research, and in some cases, Grasse's claims against the British (e.g., that the British are all homosexual, or that Britain "ruined" the world by knighting Elton John). In 2008, Grasse blamed Great Britain solely for the 2008 credit crisis, a move that was ridiculed by The Independent shortly afterwards.

* Microsoft has long held the reputation as the "evil empire" amongst advocates of free software. 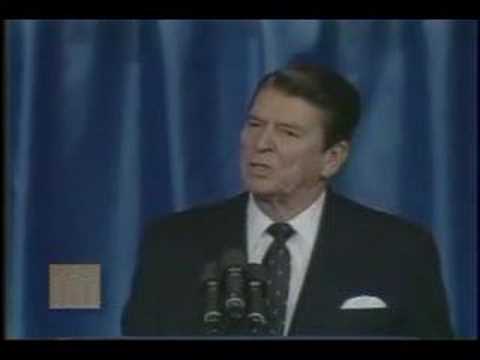 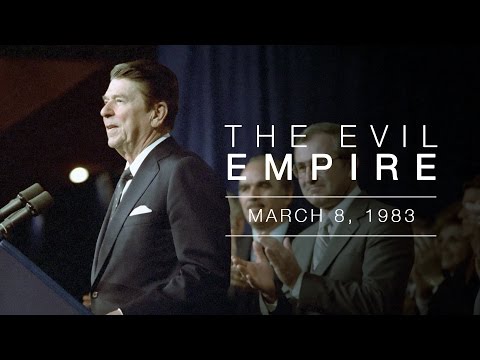