On October 25, 1983, only two days later, Reagan ordered U.S. forces to invade Grenada, where a 1979 coup d'état had established a Marxist-Leninist government aligned with the Soviet Union and Cuba.

A formal appeal from the Organisation of Eastern Caribbean States (OECS) led to the intervention of U.S. forces; President Reagan also cited the regional threat posed by a Soviet-Cuban military build-up in the Caribbean and concern for the safety of several hundred American medical students at St. George's University as adequate reasons to invade. In the first major operation conducted by the U.S. military since the Vietnam War, several days of fighting commenced, resulting in a U.S. victory, with 19 American fatalities and 116 wounded American soldiers. In mid-December, after a new government was appointed by the Governor-General, U.S. forces withdrew. 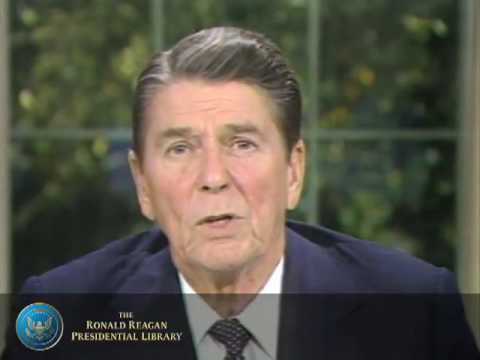