Smurf Rescue is Released for ColecoVision

Smurf: Rescue in Gargamel's Castle is a video game in which the player must brave a series of obstacles to rescue Smurfette from Gargamel's castle.

An Intellivision version was planned but never developed or released.

Gargamel has kidnapped Smurfette. As a Smurf, the player has to walk from the Smurf village through a forest and a cave on the way to Gargamel's castle, where Smurfette awaits rescue. The player has an energy bar that slowly depletes over time.[citation needed] Each side-scrolling screen presents various obstacles that the player must precisely jump over (e.g. fences, stalagmites) or land upon (e.g. ledges). Failure to execute any jump results in instant death. Higher difficulty levels introduce flying bats and spiders that the player must also avoid.[citation needed]

The ColecoVision version of Smurf: Rescue in Gargamel's Castle contains an Easter egg (or programming error). Upon reaching Smurfette's screen, the player can return to the previous screen. Just before the screen changes, it will appear as though the top of Smurfette's dress comes off, making her appear topless. Two of the background music tracks are Simple Gifts and the first movement of Ludwig Van Beethoven's 6th Symphony, the "Pastoral".

Your Smurf, on a quest to rescue the lovely Smurfette, walked through scrolling scenery (apparently the peril wasn't that great, as your character's pace was pretty leisurely) from the village to Gargamel's castle, jumping over obstacles. However, the journey required the patience of a saint, as being just a little off--say, accidentally nicking the very edge of a weed--would instantly send your Smurf to his death. 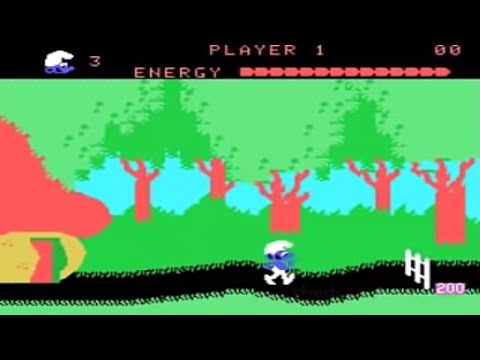 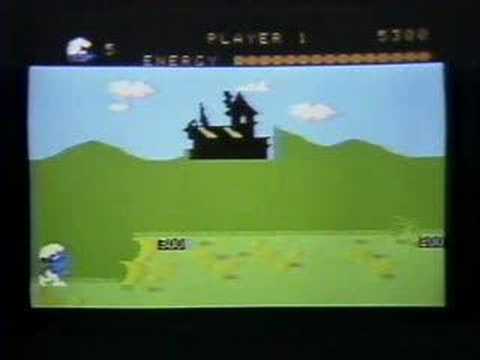