Activision Releases the First Pitfall! for the Atari 2600

It is one of the best selling games ever made for the Atari 2600, with over 4 million copies sold.

The player must maneuver a character known as Pitfall Harry through a maze-like jungle in an attempt to recover 32 treasures in a 20 minute period. Over the course of these 20 minutes, Pitfall Harry would have to tackle dense forests, snakes, bats and insects.

Along the way, he must negotiate numerous hazards, including tar pits, quicksand, water holes, rolling logs, rattlesnakes, scorpions, walls, fire, bats, and crocodiles. Harry may jump over or otherwise avoid these obstacles by timing his climbing, running and ducking, and in certain places he can swing on a vine to avoid them.

Experience real adventure as you take control of the legendary Pitfall Harry in one of the first 'platformer' games before Super Mario Bros. made the term commonplace. In Pitfall! it's your goal to collect items such as gold, silver bars and diamond rings while avoiding dangerous pitfalls, deep lakes, alligators, scorpions, open camp fires and rolling logs in an unforgiving jungle. And you have to collect as much as you can in a 20 minute time period! Fortunately there are many underground short-cuts to help you in your quest, with a total of 256 different screens to explore! Pitfall! provides great single player action and has appealing graphics to boot and is certainly a classic in the Atari 2600 library. Scoring 20,000 points or more could net you a Pitfall Harry's Explorer Club patch. 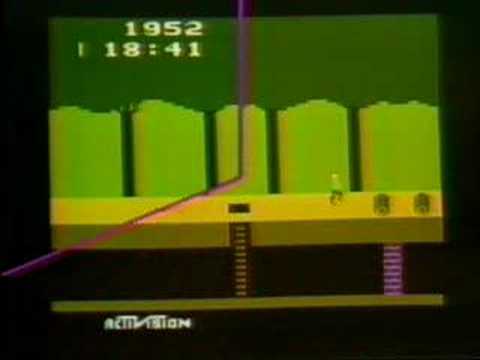 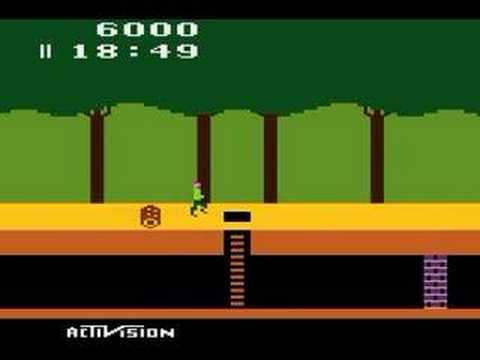 View other events that happened in September 1982