The Chicago Tylenol murders occurred when seven people died after taking pain-relief capsules that had been poisoned.

The Tylenol poisonings, code-named TYMURS by the FBI, took place in the autumn of 1982 in the Chicago area of the United States. These poisonings involved Extra-Strength Tylenol medicine capsules which had been laced with potassium cyanide. The incident led to reforms in the packaging of over-the-counter substances and to federal anti-tampering laws. The case remains unsolved and no suspects have been charged. A $100,000 reward, offered by Johnson & Johnson for the capture and conviction of the "Tylenol Killer," has never been claimed.

Many of the product-tampering cases that have resulted in death have, for the most part, led to the successful conviction of the perpetrator. However, the one case that brought product tampering to the forefront of Americas consciousness has never been solved. To date, the $1,000 reward offered by Johnson and Johnson remains unclaimed because no one person has been found guilty of the horrific crime that ended the lives of seven individuals. Despite the lack of evidence and the disintegration of leads over time, hope remains that the Tylenol terrorist may one day be brought to justice. Until then, his or her identity will remain a mystery.

On this day in 1982, a sick 12-year-old girl in Elk Grove Village, Illinois, unwittingly takes an Extra-Strength Tylenol capsule laced with cyanide poison and dies later that day. She would be one of seven people to die suddenly after taking the popular over-the-counter medication, as the so-called Tylenol murders spread fear across America. The victims, all from the Chicago area, ranged in age from 12 to 35 and included three members of the same family. Johnson & Johnson, the maker of Tylenol, launched a massive recall of its product and offered a $100,000 reward for information leading to the arrest of the person or people responsible. 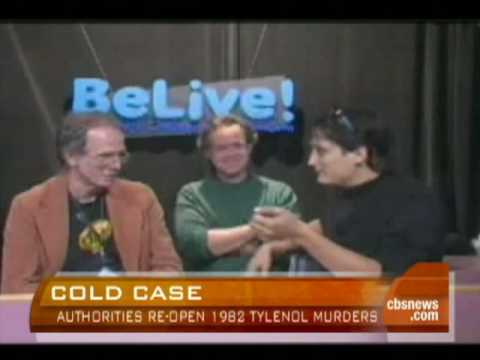