One of the most bizarre World Cup moments occurred in 1982 during Kuwait's match with France.

The French were winning 3-1 when Alain Giresse blasted in another when the Kuwaiti defenders were rooted to the spot. The Arab team said they stopped upon hearing a mysterious whistle from the stands. When the referee ignored their pleas, Prince Fahid, the Kuwaiti FA president decided to get involved, coming down from his seat in the stands to remonstrate with the referee. Incredibly, the ref gave into his demands and disallowed the goal. Kuwait lost the match 4-1 anyway, referee Miroslav Stupar was banned from officiating and Prince Fahid was fined £8,000.

Soviet referee Miroslav Stupar changed his mind and disallowed a goal by France in a finals match on 21 June 1982, after the Kuwaiti players complained that they had heard a whistle and stopped playing. Kuwaiti player Prince Fahid, the Kuwaiti FA president, walked out to the field to argue with the referee and threatened to pull out his team. The referee then reversed his goal decision. France ended up winning the match 4-1. Subsequently, the referee was suspended, and the Prince was fined US$14,000. 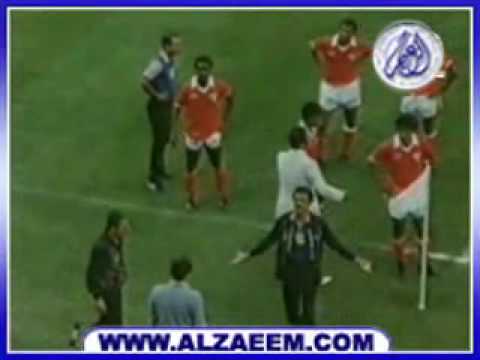