Ship Arriving Too Late to Save a Drowning Witch is an album by Frank Zappa, released in May 1982 and digitally remastered in 1991.

It features five tracks composed by Zappa, and one song, "Valley Girl", co-written with Moon Unit Zappa, his daughter, who provided the spoken monologue mocking some of the Valley girls at her school including "Gag me with a spoon!".

The cover art for the album shows the classic Droodle (from which the album gets its name), whose shapes also suggest the letters 'ZA', as in 'Zappa'.

The song "Drowning Witch" is one of the most complex instrumentals that Zappa ever wrote, featuring musical quotations from The Rite of Spring by Stravinsky and the Dragnet TV theme.

The original LP release contained a note that reads "This album has been engineered to sound correct on JBL 4311 speakers or an equivalent. Best results will be achieved if you set your pre-amp tone controls to the flat position with the loudness control in the off position. Before adding any treble or bass to the sound of the album, it would be advisable to check it out this way first. F.Z."

The LP also featured a "letter from FZ" advertising the Shut Up 'n Play Yer Guitar box set, which had previously only been made separately in Europe and, at the time Ship Arriving Too Late to Save a Drowning Witch was released, was being made available for the first time in the U.S. 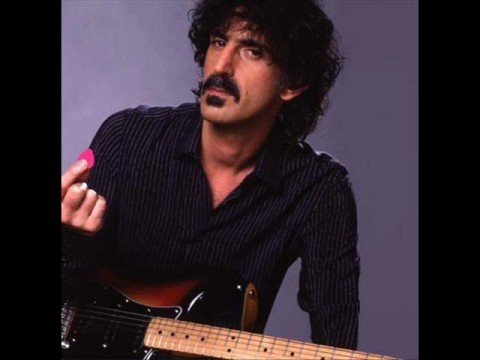