The 1982 NBA World Championship Series was the championship round of the 1981-82 NBA season, the top level of competition in men's professional basketball in North America.

The series saw the Los Angeles Lakers face the Philadelphia 76ers.
The 1982 NBA Finals documentary "Something To Prove" recaps all the action of this series. It was the last NBA video documentary to exclusively use film in all on-court action. Dick Stockton narrated the documentary, with the shortened version narrated by Al Albert.

The Los Angeles Lakers defeated the Philadelphia 76ers four games to two in the best-of-seven NBA Finals series to conclude the 1981-82 NBA season. The victory gave the Lakers their second NBA championship in three seasons, and their eighth in franchise history.

The 76ers were making their seventh Finals appearance (including their years as the Syracuse Nationals) and their second in three seasons, having lost to the Lakers in 1980. This was the fourth meeting between the two franchises in the NBA Finals. The Lakers had won the previous three meetings (1980, 1954, 1950).

The 76ers had home-court advantage for the Finals, which were played under the 2-2-1-1-1 format. The two teams split their regular-season meetings in 1981-82, with each team winning on its home court. 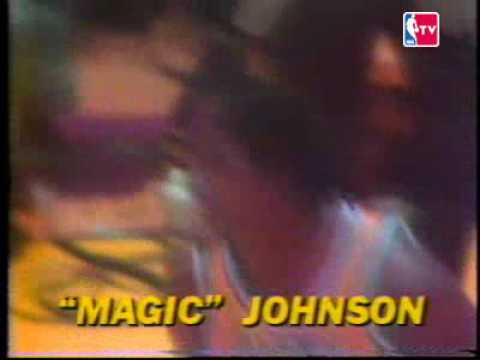