The King of Comedy is Released

The King of Comedy is an American comedy film made in 1981 starring Robert De Niro and Jerry Lewis, and directed by Martin Scorsese.

Rupert Pupkin (Robert De Niro), a stage-door autograph hound, is an aspiring stand-up comic with obsessive ambition far in excess of any actual talent. A chance meeting with Jerry Langford (Jerry Lewis), a famous comedian and talk show host, leads Rupert to believe that his "big break" has finally come. His attempts to get a place on the show are continually rebuffed by Langford's staff and, finally, by Langford himself. Along the way, Rupert indulges in elaborate and obsessive fantasies where he and Langford are colleagues and friends.

Martin Scorsese's "The King of Comedy" is one of the most arid, painful, wounded movies I've ever seen. It's hard to believe Scorsese made it; instead of the big-city life, the violence and sexuality of his movies like "Taxi Driver" and "Mean Streets," what we have here is an agonizing portrait of lonely, angry people with their emotions all tightly bottled up. This is a movie that seems ready to explode -- but somehow it never does. 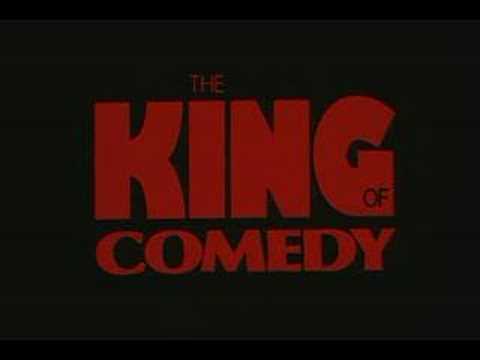