Talk about innovation! In 1981, Mattel finalized a deal to deliver Intellivision games to homes across the nation via existing cable TV networks.

It just so happens that the company that developed the Intellivision chipset, General Instrument (GI), also conveniently happened to be involved in the cable industry already. Their Jerrold division, as far as I can tell, is, to this day, still involved in producing cable converters. It does appear that Motorola now owns GI, though. Jerrold's identity is less clear.

Source: PlayCable The All Game Channel Added by: Rob Brent

The PlayCable system, introduced in 1981, allowed local cable-TV system operators to send Intellivision games over the wire alongside the normal TV signal. Subscribers to the service could then use a special converter -- the PlayCable Adapter -- to download the games to play on their Intellivision game consoles.

The PlayCable Adapter connected to the Intellivision via the game-cartridge slot on the side, just like any other game. Once connected, switching on the Intellivision would bring up an on-screen menu showing which games were available to play. (Typically, several different titles would be available at any given time, with the available selection changing from month to month.) The system was not truly interactive, though; the program code for all of the available games was simply broadcast over the cable connection constantly, and whenever the user selected a game the Adapter would simply wait until that particular bit of code came past, grab it off the line, and load it into its internal memory. The Intellivision would then read the Adapter's memory as if it were a normal ROM cartridge.

Unfortunately, the PlayCable Adapters only had 4K of RAM in them. While this was sufficient for most Intellivision game titles in 1981, it wasn't long before more complex games started appearing on 8K and 16K cartridges, which the PlayCable could not support. This made the system increasingly less attractive to customers, since it was limited to supporting only the older game titles, and the system was eventually discontinued in 1983.[1]

Since the PlayCable adapters were rented from the local cable-TV company, rather than purchased outright, they all had to be returned when the system was discontinued. Thus, very few of them are known to still exist, making them an extremely rare item for Intellivision collectors.

Mickey Mantle was the pitchman for PlayCable commercials that aired during this period. 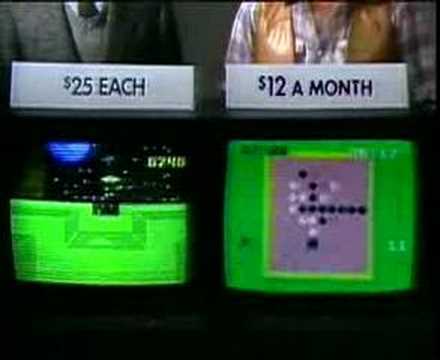 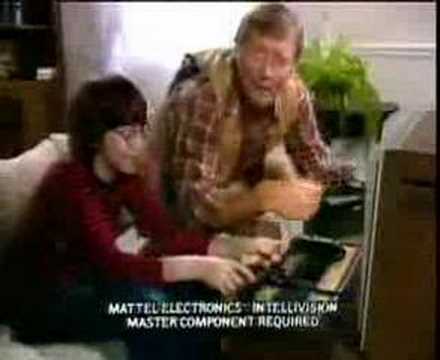